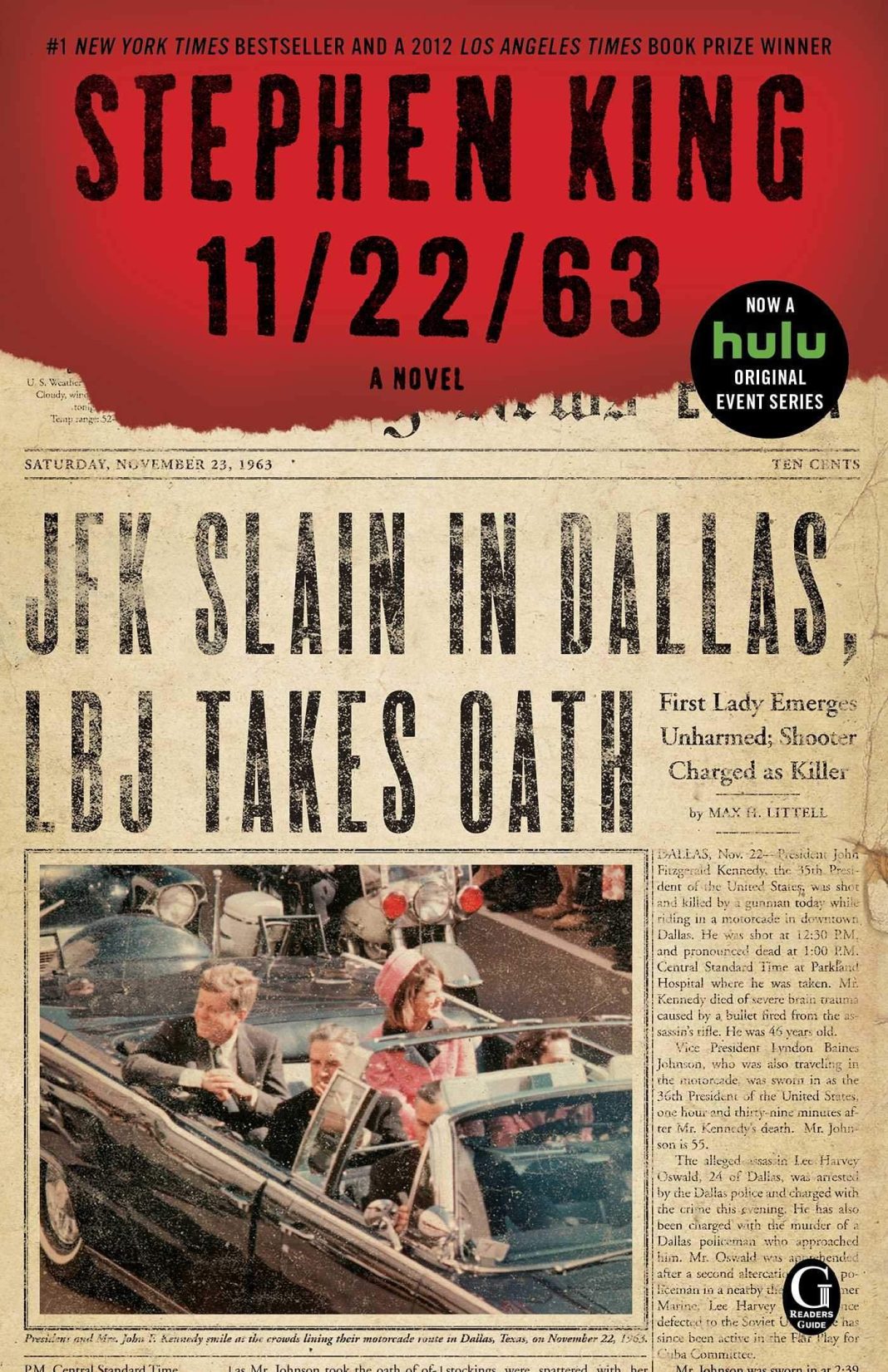 You should go down the rabbit hole with this one

You should be watching “11.22.63”. When you do T.V reviews it means that you are going to watch a lot of T.V, and that is great if you love watching T.V, it’s almost like a dream job. The downside to this dream job, as it were, is that because you are watching so much T.V, you are going to come across a lot of mediocre shows and trust me they are legion. However, once in a while, you come across a gem that makes up for all the other duds you’ve been watching, and you can’t help but savour it, cherish it and keep it someplace safe in case it disappears. And that is what I have come across. “11.22.63”, name notwithstanding, is that gem. It was so good and funny that I re-watched it, not for this review but just for the fun of it. It was that good! All three episodes are available online.

The limited series is based on Stephen King’s novel of the same name and is set in Maine. (Hysterical laughter) Look, I didn’t need to tell you that. Most, if not all of Stephen King’s novels are set somewhere in Maine, everything spooky, weird and inexplicable happens in Maine according to King. Anyway, the story is about a high school teacher who decides to go back in time to prevent the JFK assassination. Of course he is talked into it, because who wakes up one morning and decides, “Hey, you know what, I’m going to go back in time and make the world a better place by preventing the Kennedy assassination.” The answer is no one. Before our high school teacher Jake (James Franco) went down the rabbit hole which is coincidentally the title of the first episode, he had a normal and boring job/life. He was teaching teenagers who didn’t care and teaching a writing class in the evenings. See, normal! Until one day the owner of the diner he frequents, Al, came out of the diner’s kitchen coughing blood. He was in the kitchen for two minutes according to Jake but according to Al, he’s been gone two years. And that’s where the plot gets interesting.

The most notable scenes for me included the cold open (which is always a great place to start if you are looking to hook your audience) where an evening student is narrating a story which turns out to be important later on and the closet scene. It (the closet scene) is hilarious to watch as Jake tries to grasp what Al is trying to tell him. We owe that mostly to James Franco’s acting and his chemistry with co-star Chris Cooper. You can tell by Jake’s expression how perplexed he is that instead of explaining how he can time travel, Al is insisting he walk into a closet, spend as much time as he needs and walk out again. Heck, I would think the man had gone mad, but in the end, we are so glad Jake goes into the closet because his reaction after coming out of the closet (no pun intended) is gold.

A long conversation and an argument, where Al tries to convince Jake to go back in time and continue his work, later Jake still refuses to do as Al says. It takes Al dying to convince Jake to go back to the 60’s. Needless to say, things don’t go according to plan back in time, and as the hour-long part one comes to a close, Jake decides to focus on saving his evening student Harry rather than save JFK.

Here’s the thing about “11.22.63,” you will need to suspend your belief. This show is more concerned about the narrative than it is with the Science. It does not waste time trying to explain why there is a portal in the diner’s closet in scientific jargon that you can’t comprehend. It does not take itself seriously which is a good thing because it allows you to be just as confused as Jake is when Al tries to explain everything. This lack of explanation allows the scenes to be ridiculously humorous without being bothersome. I like that about this show. Jake is not a scientist, and neither is Al, so it wouldn’t make sense to try to be scientific about it. The show sets its own rules from the beginning and does not ask you to counter them. My advice, don’t try to analyse the science that comes with time jumps or space-time continuum, just sit back and enjoy the ride. Laugh when it’s ridiculous (because Jake won’t know what’s happening either) and shake your head when Jake isn’t thinking clearly.

So, should you watch it? Absolutely!