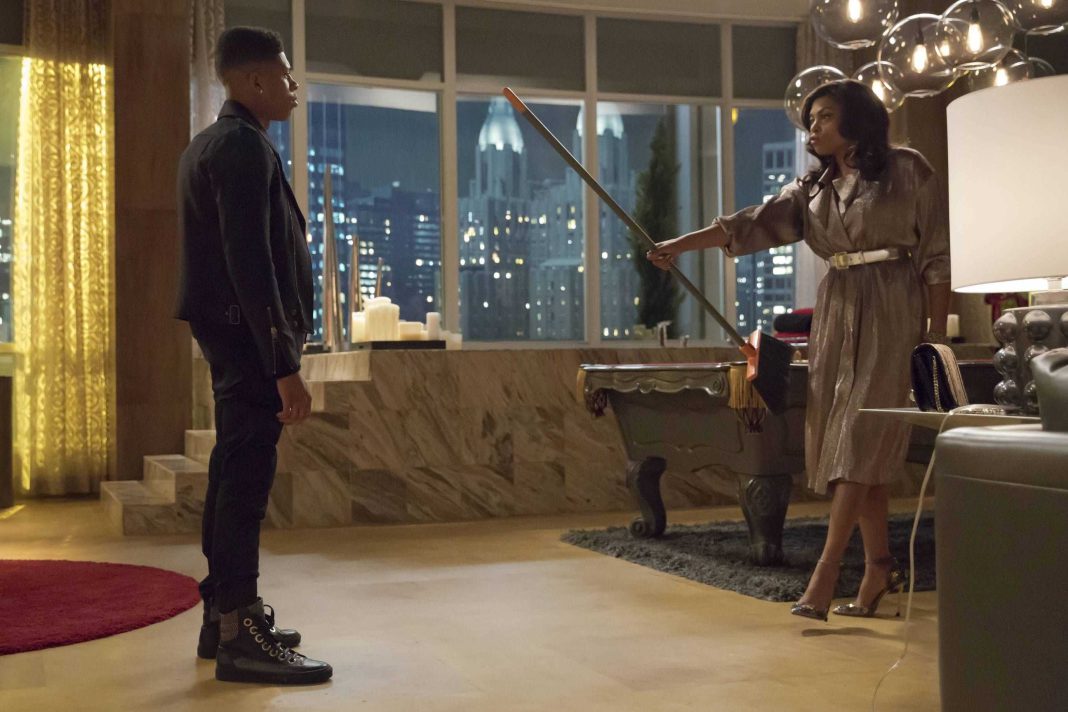 211, the first episode of the second part of Season 2 was, to say the least heart-wrenchingly explosive…in more ways than one.

The Lyon family is not the kind of family you want to use as a poster for healthy family relationships. The Lyons have never had a healthy family relationship, and that’s just a fact. They are as gangster as they come. So, if there ever was any doubt as to whether the Lyon family is street and thug and that they handle issues the same way, then this episode should have eliminated any doubts.

When the show went on hiatus, the Lyons had been betrayed by one of their own (I’m looking at you Hakeem) and Rhonda had taken a tumble down the stairs. (Well…she was pushed by Anika and we all know it!) Episode 11 begins right where we left off and things do not turn out so great for Rhonda or Lucious. However, one thing is clear; Lucious is not going to take defeat lying down.

Here are six memorable moments from 211.

Lucious is not happy. He has been ousted from his own company, and he can’t believe it. (Anyone remember Steve Jobs?) But unlike Jobs, Lucious has refused to leave, and he is not afraid of any police. And to cement just how serious he is, he puts his gun on the table and sits down. While Andre tries to convince his father to leave in vain, Thirsty, Lucious’ lawyer, produces two of his own guns in support of the ‘Oregon standoff’ plan. Damn Thirsty!

You might recall that cookie has a love for brooms, especially when one of her sons is being disrespectful. And just like the scene in season 1, the son in question is Hakeem, again! (Oh, this boy does not learn!) In Cookie’s words, Hakeem “has thrown away their legacy” by ousting his father from the company they built and replacing him with his sugar mummy! The look on Hakeem’s face when he finds his mother sitting in the dark waiting for him with a broom across her lap is priceless. He was delusional if he thought there weren’t going to be any consequences, more so, when you know your mother is Cookie Lyon! Cookie broke that broom and picked up her handbag and continued beating him. Lol!

The scene where the family finds out about Rhonda losing the baby at the hospital is just heart-breaking and watching Dre lose it will stay with me for a while.

What I can’t stand, however, is a two-faced person. Anika has the audacity to walk into Rhonda’s room and ask her what happened when I know she is the one who pushed her down the stairs represents one of those rare moments when I threw something at my TV. How dare she? And here’s the kicker, she brought flowers! (Insert red-faced emoji steaming with anger).

In a scene that was very reminiscent of “The Godfather”, Lucious played the piano while his merry band of thugs went around town terrorizing any board member who had the potential to replace him as CEO. Remember when I said Lucious wasn’t going to take defeat lying down?

Not only does Lucious not want anyone else running Empire, that no anyone else includes his son Hakeem. So when Lucious calls Hakeem and asks him to meet, he asks his son to shoot him or else he will have to shoot him. And he says all this in the same spot where he killed Bunkie in Season one. I mean the nerve of Lucious Lyon! Hakeem, of course, doesn’t do it, but his father’s warning as he is walking away is disturbing, to say the least. “Watch your back baby boy; I keep my promises.”