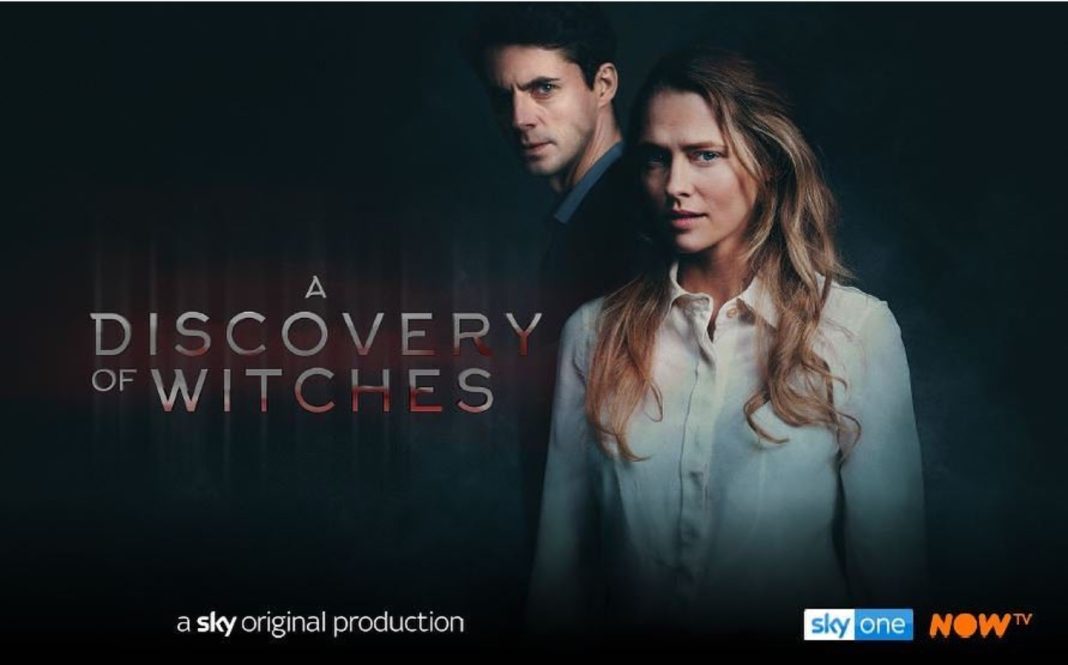 Matthew Goode is standing on a bridge in Oxford at sunrise on the autumn equinox, looking out over the shimmering river. “We creatures have all but disappeared,” he says to himself. “Demons, vampires and witches, hiding in plain sight, fearful of discovery, ill at ease even with each other.”

His character, Matthew Clairmont, is a geneticist by day, but he’s a vampire and this woman sculling under the bridge, blue-eyed visiting history of science research fellow Diana Bishop (Teresa Palmer) is a witch, even if she doesn’t look like one.

Diana unearths an ancient alchemy book that causes all sorts of weird stuff to happen. She’s a reluctant witch as well as a rowing one – she just wants to get on with academia and rowing and drinking beer, but the emergence of this manuscript, missing for hundreds of years and sought by many, means she can no longer ignore her powers. Will she and Matthew now put aside their witch-vampire illness of ease in order to get to the bottom of whatever it is that needs getting to the bottom of?

Issa soap opera people😢😢😢!!! The kind that has you looking at your partner different.

Matthew is every woman’s dream; he is powerful, rich, old and protective of what is his. i’d like to believe Diana is every bit of vulnerability that a man would like to get from his woman so as to feel needed. Anyway, once Diana discovers this book, all supernaturals (there aren’t that many which is a big disappointment on my part given how greatly scripted the show is) starts hunting her down. The book presumably has the secret to life which interprets to how the supernatural creatures came to be, and in the wrong hands, would bring an end to the Vampires.

‘Cross species’ fraternizing is forbidden for some reason but Diana, who was determined to live a normal life and forsake her ‘witch’ side is unawares as we see her fall madly in love with the dashing Vampire.  This forbidden love plus the fact that she is a powerful witch who can bring an end to the supernatural has her running for her life and Matthew right next to her…you will hate how it ends…did matthew time travel and leave her behind when she got distracted by the door??

Renewal; Yes..if not, i hear you can protest!