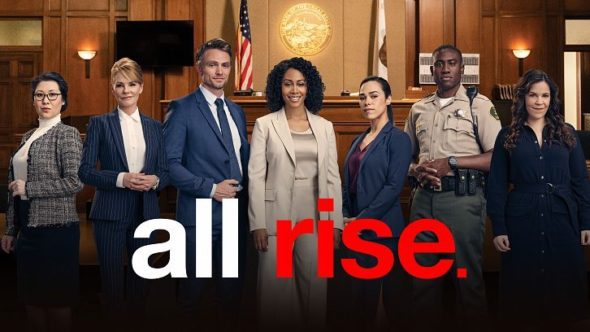 The new courthouse drama starring Simone Missick (Marvel’s Luke Cage), Wilson Bethel (Hart of Dixie) and Jessica Camacho (NBC’s Taken) brings a heart-filled look at the justice system and its systemic problems, adding big twists and trauma-centered story lines fans will find relate-able and important. It centers around the lives and careers of judges, prosecutors and public defenders working together for justice at a Los Angeles courthouse.

Lola’s point of view is inherently different, and as her courtroom soon learns, so is her approach to the bench. The show’s first few cases run the gamut from serious (ICE raids) to silly (online avatar assassination), but Lola’s commitment to seeing them all through despite outside pressure to take easier shortcuts remains a compelling constant throughout. The pilot occasionally tries to frame Lola as an endearing mess, but thankfully steers away from that cliché with help from Missick’s grounded warmth in the role.

The best part of the show is the dynamic between Lola and her best college friend Mark (Wilson Bethel). Eight episodes in, and there are no signs that their friendship will turn into a romance — which is an incredibly welcome change of pace. They’re straightforward and fun with each other, supportive and loyal. There are so few TV shows anchored by a strictly platonic friendship between a man and a woman that Lola and Mark’s is genuinely a little shocking.

Episodes; 8…will be complete with 12.