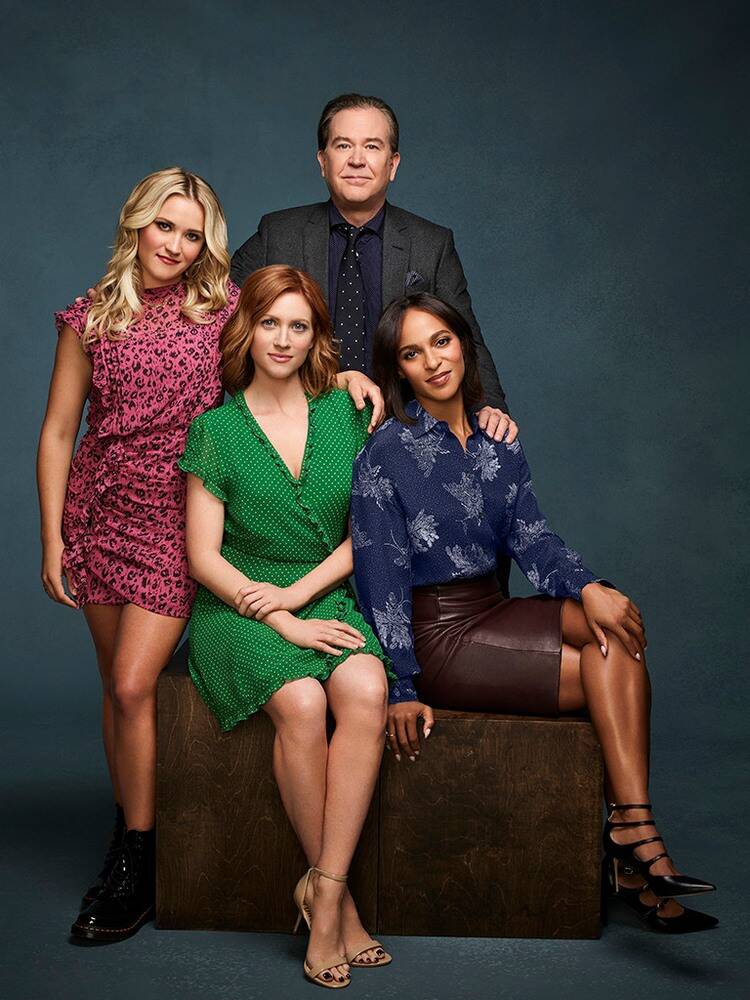 Julia Bechley (Brittany Snow) is the only daughter of a famous fertility doctor, Leon Bechley (Timothy Hutton). A devoted daughter, she helps run his clinic and helps run his life. Then she gets the shocking news: He has used his sperm to impregnate “dozens” — perhaps more — unwitting women over the years. She’s also about to learn that she has at least two half-sisters: Edie Palmer (Megalyn Echikunwoke), a top lawyer and rival to Julia since childhood; and Roxy Doyle (Emily Osment), a former Olympian who’s fed up with her own parents and doesn’t mind that she’s now got a new father. After the initial shock, they take their new kinship in stride, while Edie undertakes Bechley’s legal defense after he’s arrested.

The potentially interesting “Almost Family” could have unfolded in a couple ways. Here’s one: As an exploration of identity, or one of those deepish dives into the culture’s current obsessions about who we are, where we came from and where we belong. Here’s another: As a slashing attack on pathological narcissism, and the astounding breach of medical ethics that resulted in, for want of a better term, test-tube rape. I’ve watched enough of these to hope for the real issues to be brought to light.

Within the first few episodes, the ‘dad’ has been arrested and released..well,home arrest but that’s not prison; the three ‘daughters’ to which the show is centered on are best friends; and no one, absolutely no one has come forward to address what an atrocity this is. Instead, it is watered down to these three people (and a couple of extras) whose lives were supposedly ruined but seem to moving on pretty well.

Where is the press? Why is no one calling this doctor out? Were his patients aware of this? Were the other doctors in the clinic involved?Why is the clinic still open? Why isn’t there a full on trial with the ‘kids’ and the kids’ parents? Do they even understand how invasive having someone else father your desperately-wanted child without your knowledge is? I hope something like this never happens in real life because i would expect a better reaction than what this show depicts.

Episodes; 3 episodes..will be complete with 8