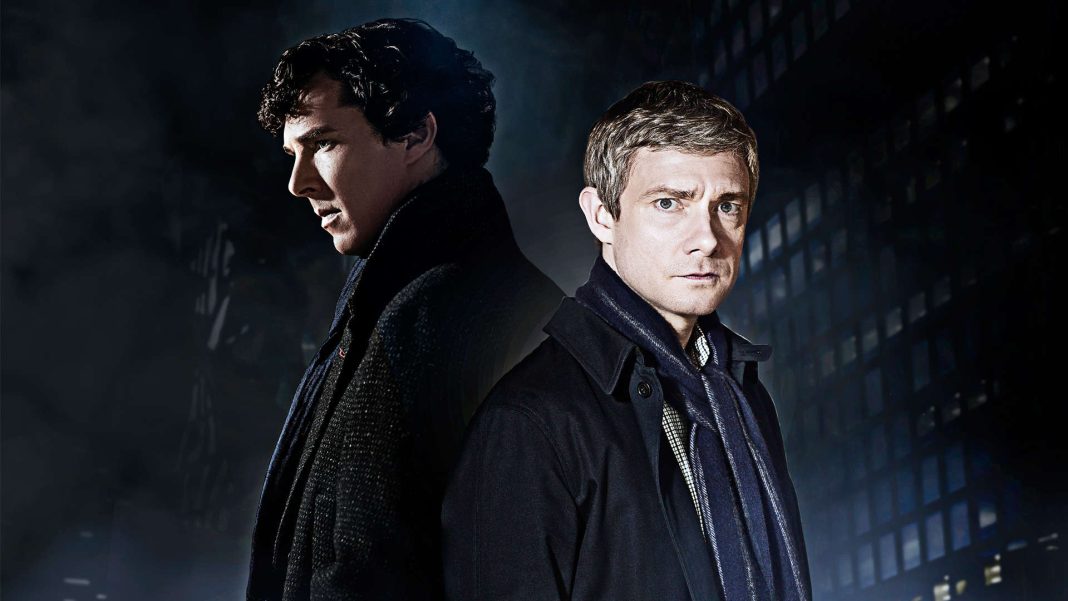 British dramas are bloody great. Here are 5 to get you started.

This extraordinary British show’s first episode begins in 1912 and the biggest news of the day is the sinking of the Titanic, a tragedy that affects the Crawley family directly. From the moment the show begins the prejudices of the day are clear. Prejudices such as the hierarchy among the servants and the fact that Mary can’t choose her husband or inherit her father’s fortune are some of the ones that jump out immediately within the show’s first 20 minutes. It is however not all dull and grey at the Crawley estate; there are hilarious moments too and who can forget Violet Crawley’s (Maggie Smith) zingers?

The show is all of the Sherlock Holmes stories told in the contemporary world via John’s blog. This show is nothing short of epic. And Benedict Cumberbatch’s performance is something we can discuss forever, but we won’t. Each season has three episodes that are an hour long, so you can get through them easily. When you’re done with the three seasons, you can watch the “Sherlock: Christmas Special” that aired at the beginning of 2016. You won’t be disappointed.

It’s a British cop procedural that follows DCI John Luther (Idris Elba). The investigations are compelling enough, but the reason that should keep you watching is Idris Elba. Not only does Elba play Luther’s tortured character magnificently, but his portrayal of his struggle between doing what’s right in the eyes of the law and working in the grey areas of morality in order to do his job as a police officer, is convincing. Just like Sherlock, each season of “Luther” has three episodes that are an hour long. If you have recently watched “Mandela” and “Beasts of No Nation”, it will come as a shock to you when Elba starts speaking in British English. Sometimes, it’s easy to forget that he is from Britain. It just goes to show how talented he is.

Merlin is hilarious! And that’s not something you expect from a show that is supposed to be about King Arthur’s rise to power and the coming of age of Merlin. When it’s not busy being a drama, the show can be categorised as a comedy. The fact that the show does not take itself seriously, allows you to enjoy the ride and appreciate the growing up that both Merlin and Arthur have to do before they can rule a kingdom. You might as well enjoy the ride because the end is nothing to laugh about. In fact, it was heart-breaking!

I should warn you, “Doctor Who,” is not a series you can just start watching and not get addicted. It’s a bottomless pit, believe me! Start watching it at your own risk. The most important thing to know about “Doctor Who,” is that it has been going on forever. The first episode of Doctor Who first aired in 1963. (Yeah). The final episode of the old series aired in 1989 in its 26th Season. However, the show was rebooted in 2005, and it took on a more modern look. Since the 2005 season was airing to a new generation, that season is called the first season. I suggest you start there. The only thing that was not changed about the reboot was the Doctor’s number.

At this point, I need to explain some “Doctor Who” jargon. The Doctor is a time lord who has been travelling through time for millennia with a companion. He has no known name and therefore, we only know him as the doctor. He does not die, but his body regenerates which allows him to take on a new form (and in real life various actors get to play him). To keep track of the many forms of the doctor, we differentiate each form/actor/body with a number.

When the old series ended in ’89, the 8th Doctor was regenerating into the 9th doctor, so the new series’ Doctor was the 9th Doctor. 9 was played by Christopher Eccleston for one season before David Tennant came on as 10. (I haven’t met a single person who does not love 10, and I am still not over losing him). Matt Smith played 11 and Peter Capaldi currently plays 12.

Sigh! Clearly, you just have to watch the show to understand what I am saying.

Black Mirror – You can read the review here.