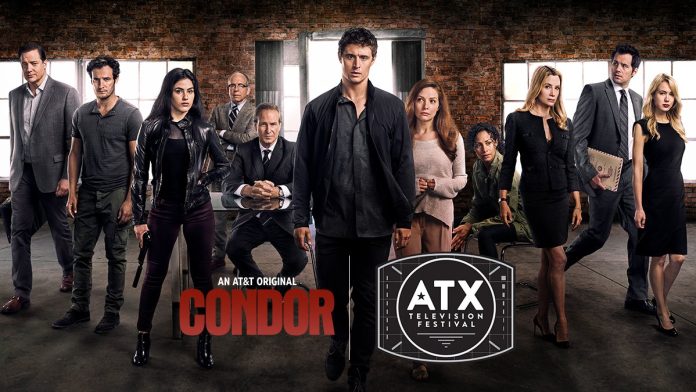 This is a thriller,action,conspiracy series.

Condor follows CIA analyst Joe Turner who stumbles onto a plan that threatens the lives of millions. Joe has always been conflicted about his work for the CIA. But when something he’s discovered gets his entire office killed, leaving Joe as the only survivor and forcing him to go on the run, the theoretical reservations he’s harbored turn into all-too-real moral dilemmas. Under pressure, Joe will be forced to redefine who he is and what he’s capable of in order to discover the truth and to stop a plot that threatens the lives of millions.

So i am re-arranging my top best conspiracy series–1. Homeland(of course), 2. The Americans 3. will have to be taken by this breathtaking series.

I am speechless when it comes to this show. Given how many ‘whack’ series air at this time of the year, this one caught me by surprise. So, no spoilers, but the fact that  america is turning against terrorist nations not through sending navy seals or infiltrating their organizations but by simply transforming one of their own and sending them to attack, not by bombing one of their capital cities, but introducing an air borne virus to an Imam,is pure genius. And Joe Turner,  Oh My God!!!,he is simple perfection in his role as the ‘fall out’ boy. He is smart, calculative and this helps him stay alive and undetected by the authorities and extremists constantly hunting him. Did you see that scene where Kathy dies??i am still crying.Anyway, if you haven’t watched this, run and get it..

Status; Of course there will be a season 2.