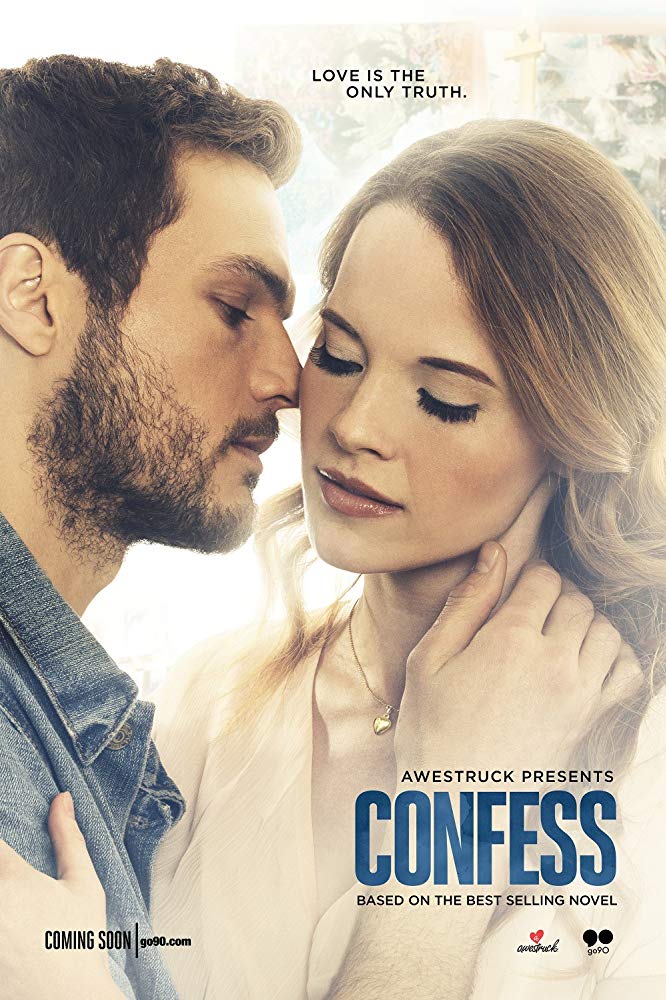 At age twenty-six, Auburn Reed has already lost everything important to her. In her fight to rebuild her shattered life, she has her goals in sight and there is no room for mistakes. But when she walks into a Los Angeles art studio in search of a job, she doesn’t expect to find a deep attraction to the enigmatic artist who works there, Owen Gentry. For once, Auburn takes a chance and puts her heart in control, only to discover that Owen is keeping a major secret from coming out. The magnitude of his past threatens to destroy everything important to Auburn, and the only way to get her life back on track is to cut Owen out of it. To save their relationship, all Owen needs to do is confess. But in this case, the confession could be much more destructive than the actual sin.

I wouldn’t be caught dead watching a soap opera and to be sincere i had no idea this was one. I assumed that if it’s white/american it can’t be half as bad as actual Mexican soap operas but Alas! here i am, overwhelmed with what feels like utter disappointment.

Being a big Katie Leclerc (Plays Auburn Reed) fan from her ‘switched at birth’ role, i thought it would be refreshing to see her as a normal person not just the deaf kid… The ‘refreshing’ was  short-lived. I’m not certain whether the screen writer was pathetic or that she overstepped doubling up as the director but its been a while since I’ve seen acting this bad.

Auburn looks like she fell onto the script last minute then went on-set for filming. Her partner, Ryan, tries his best to pull the show together but that was too much pressure to put on the guy. Her facial expressions had me confused half the time and wishing she would stop using any the other half. The episodes are too short which makes everything worse. I wanted to know what happened from the beginning,lead up to the middle and then create anticipation for the end…skipping 3 months and going back 10 years just pissed me off. Why not make the episodes longer to have ample time to explain how this came to be? There’s little to zero connection between the characters and audience which is very crucial in these love stories. You have new questions at the end of each episode which no one attempts to answer and they keep piling up as you go. There was a build up to what seemed to be an interesting secret only for it to be some lame ending!!

Over all it’s a good love story and if it was told right it would’ve been perfect. I’ll have to read the novel on this as the story on its own seems interesting.However, if you love a romance story and don’t mind how it’s told, you should watch this.