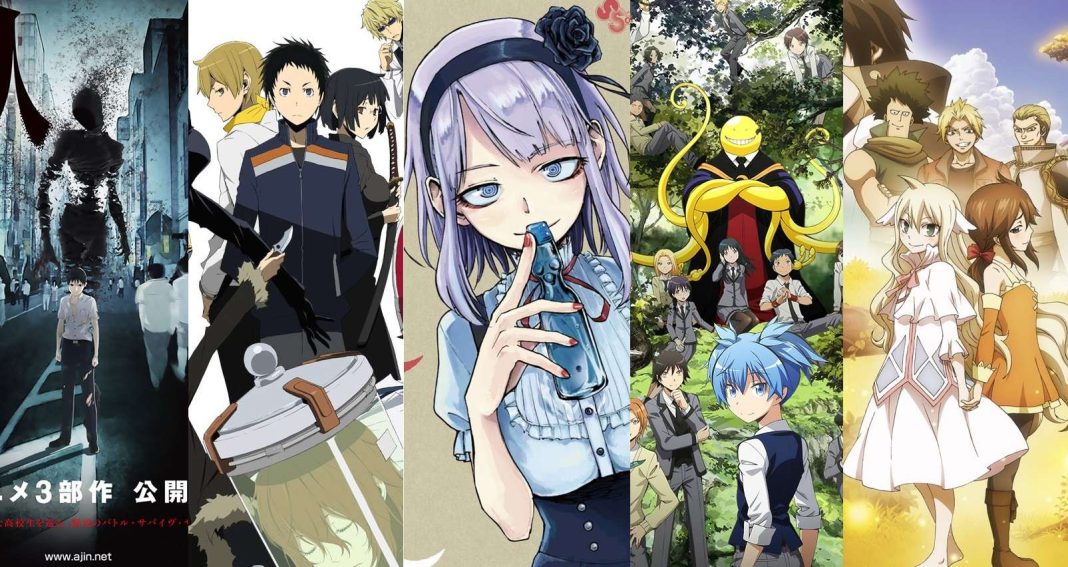 Here are eight animes to look out for this year.

Note: The eight trailers are mostly in Japanese, but you can find full English Dubbed episodes online.

The anime is set in 1937 and revolves around a military organization called the “D Agency.” D Agency is a mysterious spy organization run by Lieutenant Colonel Yuuki.

The story centres on Makoto Kowata, who is a 15-year-old witch. The story begins as she moves from Yokohama to Chito where she begins training in witchcraft.

“Hundred” refers to the only weapon that can oppose a mysterious life form headed to earth called “Savage.”

As the show’s title suggests, the divine gate is a key element in this anime. Since the gate were opened the world of the living, the heavens and the underworlds have become intertwined causing unimaginable chaos. To resolve this chaos, the World Council is formed.

It follows the story Guts, a black swordsman seeking sanctuary from the demonic forces that pursue him and his wife and revenge against the man who branded him as an unholy sacrifice.

Set at the end of the 19th century the story follows the life of Allen Walker as he officially joins an organization of Exorcists. The exorcists hunt down beings called Akuma which they kill with mechanical forged by the Millennium Earl using the suffering souls of the dead.

The story is set in 1920 in a small town in America, a year after Prohibition. The main character Avolio joins the Vampiro crime family in a bid to hunt down the people who murdered his family. It is a story of vengeance, loss, and death.

The story revolves around Tarumi Harada, the best pitcher in the region who isn’t even in Junior High yet. He grows exceedingly frustrated when he can’t find a catcher to match his skill until he meets Gou Nagakura.