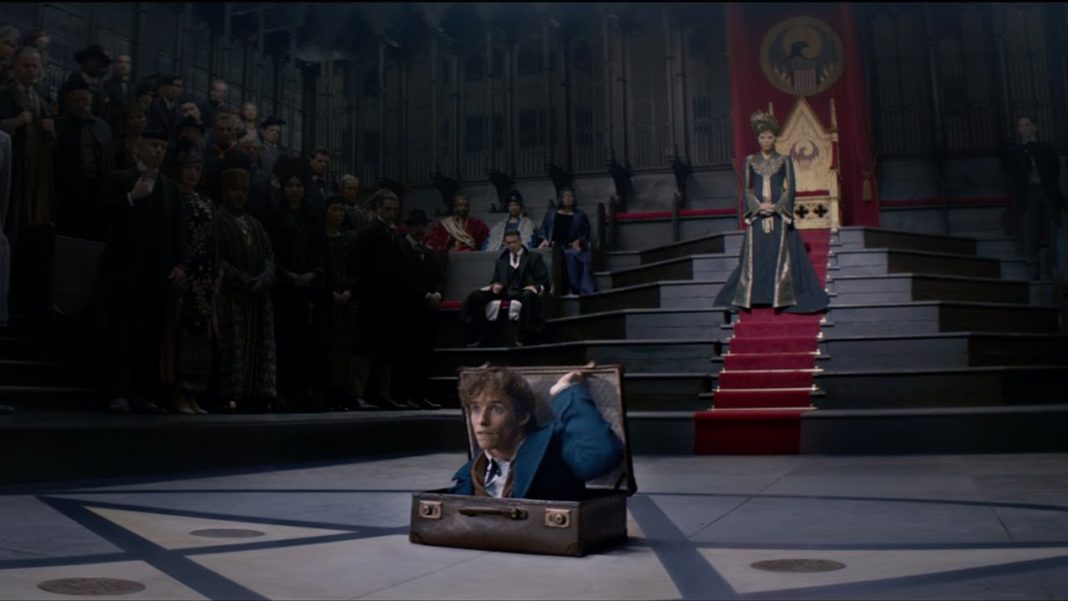 J.K Rowling is famed for writing the incredible Harry Potter novels for which she also wrote the scripts adaptation for film in all 8 Harry Porter movies. The films were universally acclaimed and became such a box office juggernaut, bringing in over 7 billion dollars and becoming the 2nd highest movie franchise of all time.With Deathly Hallows Part 2 wonderfully concluding the wizard world of Harry Potter and becoming the highest grossing potter film,”Pott heads” (Harry Porter fans) all over were clamoring for another revisit of the J.K Rowling universe,and after almost 6 years of waiting Rowling and her frequent collaborator David Yates made magic once again with Fantastic Beasts and Where to Find them.

Acting as a prequel to the Harry Porter films,Fantastic beasts is set in 1926 and tells the story of Newt Scamander a wizard who arrives in New York with a mysterious briefcase which has magical beasts inside. After some of them escape, Newt must work together with a “No Maj” (Muggle) to find the creatures and put them back in the case while also evading an Evil wizard who has mysterious intentions.

With no Harry,Ron or Hermoine this time around,the film introduces a bunch of new characters who are much older and already fully established as wizards (No Hogwarts) but still with less younger characters who unexpectedly are the ones for the Comic relief, the film still manages to bring in the humor and fun which was why we loved the previous films, and while it may have a much darker tone as compared to the potter films, Fantastic Beasts excellently balances this with humor in which it will both excite Harry Potter fans and non fans alike who thought the HP films were too focused on the younger generation.

With David Yates having directed the last four HP films with great success,it was a no-brainer that Warner Brothers would want him back at the helm for Director duties.One thing Yates injected in the Potter movies when he was brought in is how well he crafted the Visuals in scenes. This is evident here as the creatures on display are wonderfully done thus providing one hell of a visual treat making the beasts truly Fantastic.

While the main drawback of the movie would be the characters not being fully developed as many Potter fans would have hoped(but still they are fun to watch), keep in mind that this is just the only first movie that is introducing these new characters and with 5 Fantastic beasts movies coming in the near future you can expect great development from these characters.