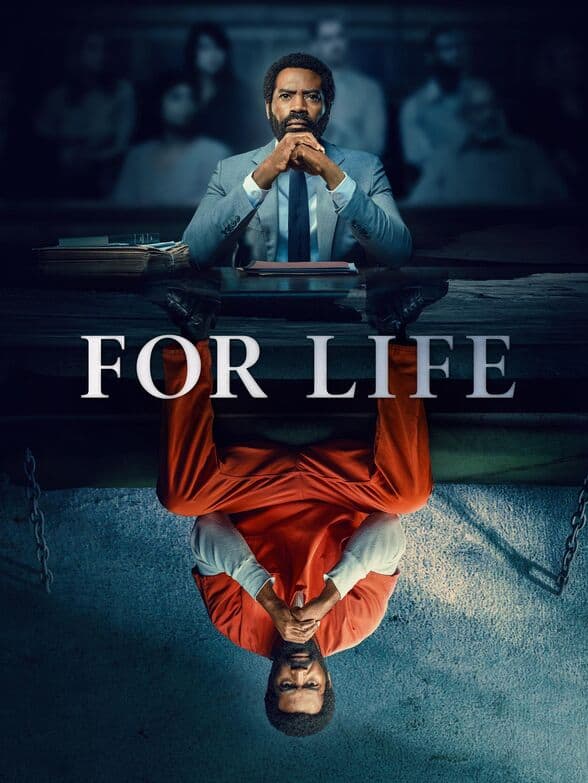 This is an American legal drama television series loosely based on the true story of Isaac Wright Jr., who was imprisoned for a crime that he did not commit. While incarcerated, he became a licensed attorney and helped to overturn the wrongful convictions of twenty of his fellow inmates, before finally proving his own innocence.

After 50 cent served us that shocking yet predictable ending in Power, here he is once again serving us some black man magic. I know that only applies to black girls but let’s cut this man a break. I sob in each episode. Why? I have never seen so much passion from a character. It’s as if this is truly Aaron’s life..behind bars for a crime he did not commit, with his wife and daughter on the outside. I have watched series’ of prisoners talking about how life stands still while they are inside and the world outside keeps spinning. You can literally see that here. His wife holds on for as long as I guess she could then marries his best friend, he watches his daughter grow through the glass barrier and one-off visits she makes on a weekly sometimes monthly basis, she even gets pregnant and the possibility of giving birth before he (Aaron) is exonerated are high. You get to see the poking and prodding that his family has to go through each time they visit. How his daughter has to skip classes to make the long drive to the prison before visiting hours are over. His need to constantly prove himself not only as a black man but a convict. Often times, the defense uses that against him and you can sense how much weight that carries with the judges presiding the cases. The only relief i get in this is the prison warden.I love that they gave him a light,though dim,in his very dark tunnel.

Episodes; 4,will be complete with 12