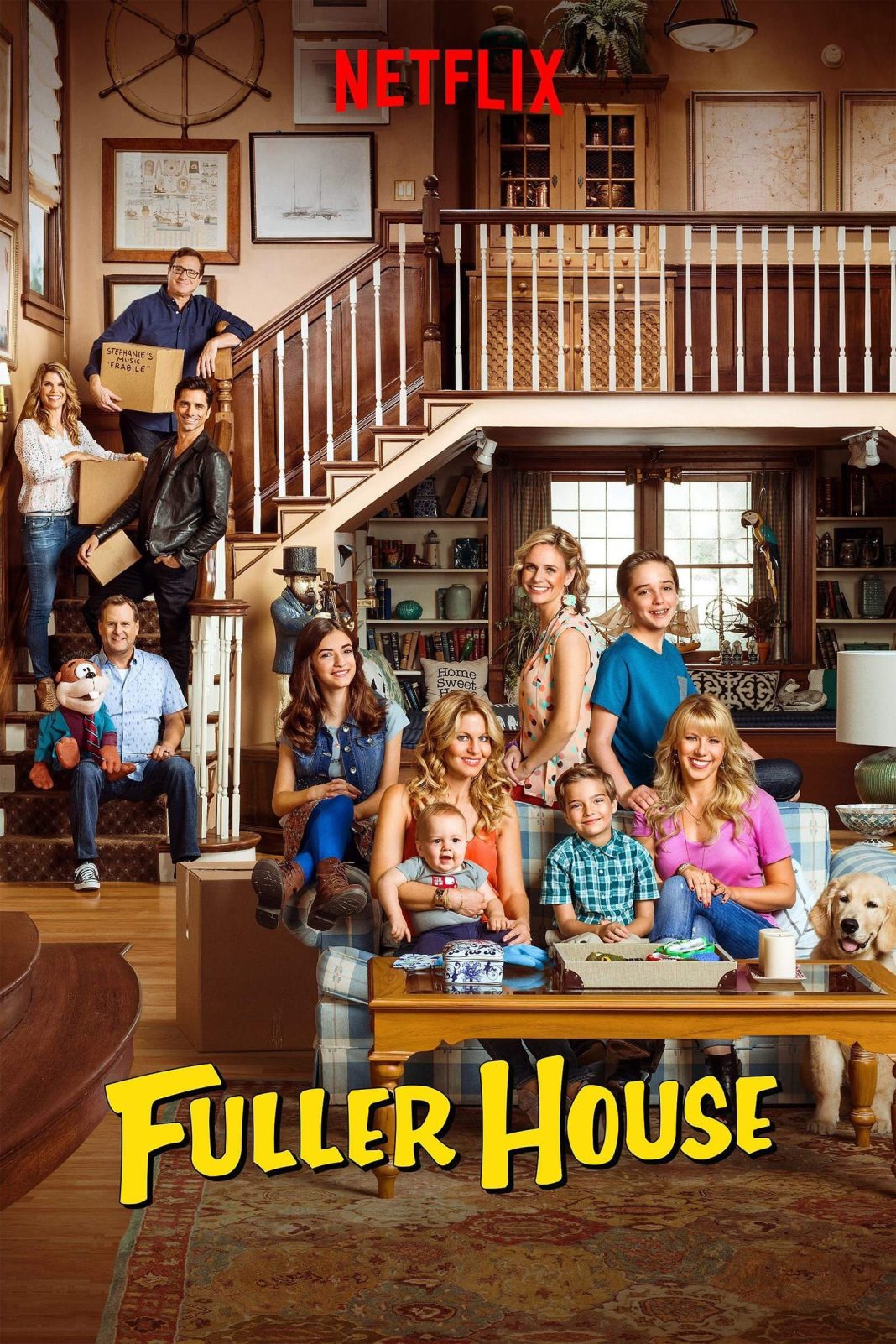 Fuller House is a 90’s comedy set in 2016 that hasn’t figured out whether it wants to live in the past or the present!

Reviving a show from any era, not just the 90’s, is like walking a tightrope. If you veer too much to the left or right, you run the risk of falling. The stakes are higher when the 90’s drama you are trying to recreate is a classic. On the other hand, if you change too much of the source material, the people who watched the original will condemn you for it, but if you keep the show too entrenched in the past, then the new audience you are trying to woo won’t watch it.  Even worse, if the show resembles its parent show, then the original fans might decide to keep watching the original. Like I said, balance.

“Fuller House”, the reboot of the 90’s classic “Full House”, has not mastered this delicate balance at all. In fact, by the second episode, I was pretty sure they had fallen off the rope and were limping towards the nearest exit. The problem with “Fuller House” is that it is too entrenched in its past. Anyone who had never heard of or watched the original show, would not understand 90% of the punch lines of the first episode. I understand that the first episode was supposed to pay homage to its original but somewhere along the way the producers forgot that the 90’s jokes are not relevant today. We can use them, yes, but the script needs to be written in such a way that a millennial will still get the joke. Wallowing in the past for one episode is fine, but meandering aimlessly through the next 12 with bad jokes and worn-out clichés is pushing it.

Here’s the bad news, if you watch this show, you will want to hate it but you won’t. It’s one of those shows that you don’t love, but you don’t hate either. It’s the kind of show you start to watch then forget you were watching it and start doing other things. “Fuller House” is one of those shows you keep around just to torture yourself.