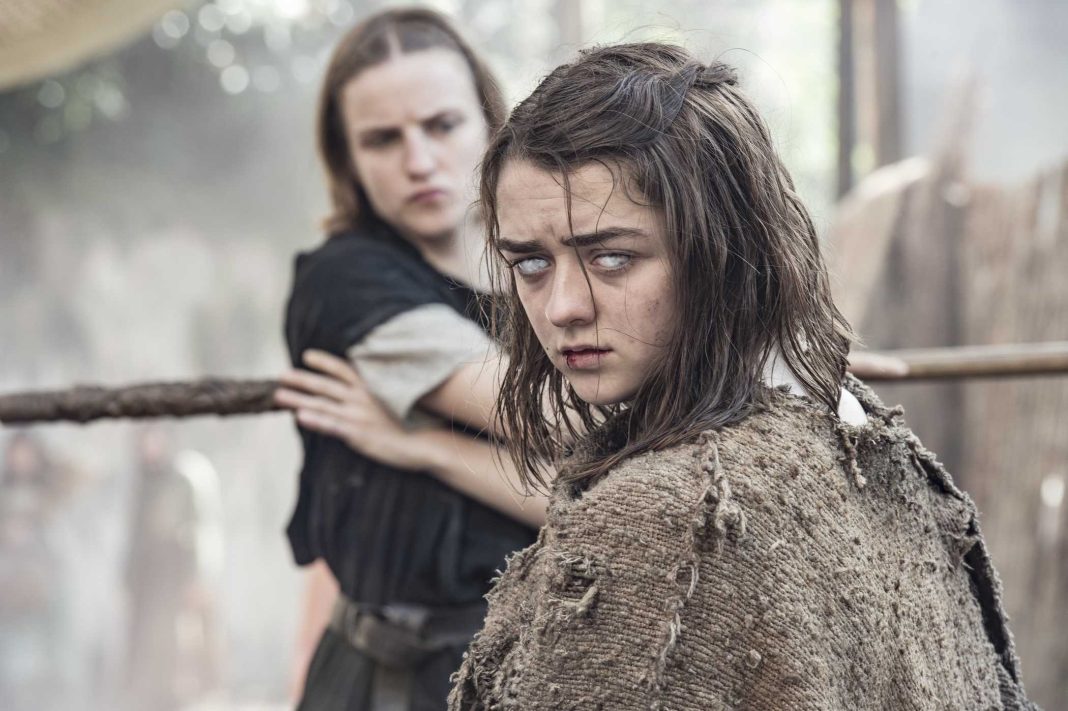 The Game of Thrones Season 6 premiere touched base with all the characters and loosely tied whatever loose ends that were left hanging at the end of Season 5. The episode laid the foundation for what is to come, let us into what our favourite characters were doing and let us in on a few things. Unlike the previous seasons of GoT that have been loosely based on George R. R. Martin’s books, Season 6 will stand on its own and judging from the first episode; it seems D.B Weiss and David Benioff are up to the challenge.

Best quote from Scene: “You’re not the only one who owes Jon Snow your life.    -Ser Davros to Edd.

As the credits rolled on the silent black screen at the end of Season 5, viewers were left mourning the death of Jon Snow. Soon after the finale, the speculation and theories claiming that Jon Snow couldn’t be dead begun circulating online. However, as this episode came to a close, Jon Snow remained dead. It is unclear whether our favourite black knight will make a come-back but if it helps, his body remains intact and in pristine condition, so there is still a chance. Also, Melisandre is still at Castle Black. *Crosses fingers* Here’s to hoping! What is clear from the first episode is that Castle Black is about to be embroiled in battle yet again. This time, Jon Snow loyalists will be fighting the traitorous knights led by their new Lord Commander Thorne.

Best Scene quote: “And I vow that you should always have a place by my hearth and meat and mead of my table. I pledge never to ask any service of you that might bring you dishonour. I swear by the old gods and the new.”    -Sansa Stark to Lady Brienne of Tarth.

Good News! Sansa Stark (because I can’t bear to call her Bolton) is alive and still on the run with Theon Greyjoy. The two runaways are almost home-free when the hounds and guards from House Bolton catch up with them. I was pleasantly surprised by two things in this scene. One, that Greyjoy was willingly giving up his freedom and, by extension his life, for Sansa and two, that Brienne and Podrick came to their rescue when all seemed lost.

Jaimie arrives back from Dorne carrying the body of poor innocent Myrcella. As Cersei mourns the death of her daughter, she tells Jaimie about the witch’s prophecy as if to accept fate. Jaimie on the hand is having none of it; he wants his revenge.

Best Scene Quote: “Your son is weak, just like you, and weak men will never rule Dorne again.” -Ellaria Sand to Prince Doran.

It doesn’t matter that Myrcella is dead, Ellaria still wants her revenge, even if it means killing her brother-in-law and her nephew. Which she does, with no mercy at all.

Best Scene Quote: “…You’re not a boy anymore because you have no c***.”     -Tyrion Lannister to Varys

The two unlikely friends take a walk in the streets of Mereen to gauge the situation on the ground. They find a prophet of the light preaching and almost all the ships burning. Not a good start for the proxy rulers of Mereen.

Khaleesi is not having a great day and possibly not a good season either. After being humiliated by the Khal’s warriors and being delivered to the Khal as a prized possession, it is a wonder that she is still standing. But if we’ve learned anything from Daenerys, it is that she is a survivor. This too, she shall overcome. Although being the Widow of Khal Drogo buys her reprieve from sleeping with Khal Moro, it doesn’t bode well for her future. As one of the Khal’s women gleefully tells her, she will be taken somewhere to live out her days with the other widows of dead Khals.

We catch up with Arya begging on the streets of Braavos. It’s a sombre scene until the sombreness if disrupted by the appearance of the waif who demands that Arya stand up and fight. It seems the many faced god is not yet done with her.

Perhaps the most shocking scene of the episode came from Melisandre’s bedroom. As Melisandre undressed in front of a mirror, we finally got a glimpse of the true face of the red woman. It turns out she is a very old woman who uses a form of magic called ‘Glamour’ to trick the eye. This just goes to show how powerful she is. Whether she is powerful enough to resurrect Jon Snow as per some theories is yet to be determined. We’ll just have to wait and see.