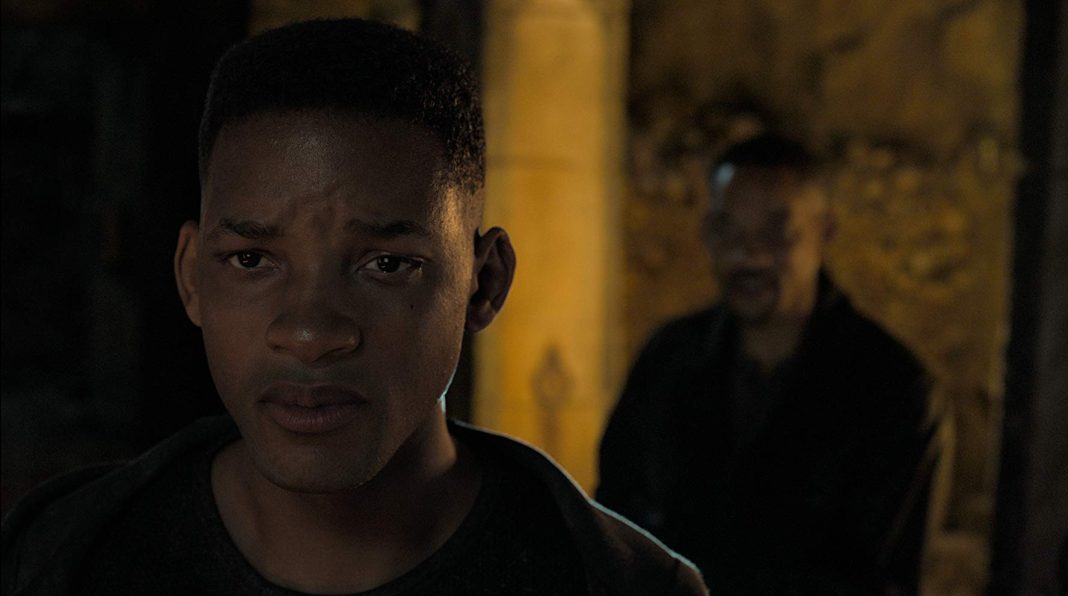 Henry Brogan (Smith) is an assassin for the Defense Intelligence Agency who knows he’s getting rusty, so he decides to retire. However, when he stumbles upon a dossier spiked with bad intel, he becomes a target for the DIA and its defense contractor partner Clay Verris (Clive Owen), who runs the paramilitary organization Gemini. Henry goes on the run with burned neophyte DIA agent Danny Zakarewski (Mary Elizabeth Winstead), and after they easily dispatch a bunch of DIA goons, Clay convinces the DIA to send in “Junior” (also Smith), a clone of Brogan whose 25 years younger and is supposed to have all of Henry’s strengths with none of his weaknesses.

Never mind the silly science or that Smith’s face is shoddily de-aged with digital technology to enable him to play Junior: it’s simply hard to buy the actor as a weepy 23-year-old virgin. The older Smith is more convincing; grizzled, wisecracking, insisting his younger self is “obviously not the Best”. At some point,i found myself wishing they had picked a younger guy,closely matching Will Smith’s physical structure to take on Junior’s role. Each actor would have concentrated fully on their given role and there would have been a slight chance of Junior outshining Will.