I had never felt so at home. University life was not going to be so bad. 11 of my classmates had made it, and even better for me, there were three of us in the same class. Talk about a smooth entry. There was just one problem: Sandra was at Runda Campus!

First day in class. Books gathered, dressed in neat jeans and a Michael Jordan t-shirt. I was feeling good.

The lecturer walked in.

The class was really big. Seating more than 100 students at a time, with each seat having a mic and fixed iPad on the desk. Everyone was trying to crack the password on the iPad.

“Good morning Students!” The lecturer en toned. This was going to be boring.

“Good morning” i think only two of us replied.

“That is the password for the iPad..Send me the assignments next week”. With that, the nondescript lecturer walked out.

I picked my my bag and off i went, as if on top of the world.

My room was on the topmost floor of 6 flights of stairs. The view was spectacular, with trees swaying slowly next to the small stream half a kilometer away. Perfect – i thought, as I connected my laptop to the internet. This is going to be –

It was my former classmate Kebu, and he was bristling and full of life like i had never seen him before. How he made it here i couldn’t figure out, as he had always been bottom of the class in High School.

“Who is your roomie?”

“I haven’t met him yet!” I was beginning to feel let down awkward. He was going through the room, checking the windows, going to my roommate’s side of the room. I silently hoped he didn’t snip anything. I barely knew this guy.

“Mine ni dwanzi. Don’t even know how the guy came here. Can you imagine he bought stock of bar soap for the entire sem!”

“What!” I almost fell down laughing.

“Yes, guy has issues. His clothes smell of smoke – and there is no fire!”

“You are lucky guy G, this crib is awesome”

The day flew past. My roomie came and he was a great guy – he could sing, play a guitair and dance Kizomba. This guy was a chic magnet with his afro as withing 3 hours we already had visitors from the lady planet. The afternoon was spent unpacking and running up and down the stairs to my friends rooms….

Tired, at the end of the evening, i lay down on the bed….

“You take the clothes off my back..” sang Justin Timberlake in the old school classic song with Jay-Z.

I lazily looked at the phone. It was Kebu. Urrghh…not now….

The ring tone continued: “And I let you. You’d steal the food right out my mouth….”

I picked up the phone.

Like the road runner, i quickly took a 1 min shower, dressed up in 30 seconds, put on cologne in 5 secs and brushed my teeth in 05.secs. Then vroom out of the door i went.

“Why keep us parking like fools, bro?” It was Lionel. He was dressed to carry home someone.

“Sorry guy…let me get my ride..” “Wacha, only one driver today, mambo bad leo. Get in the car, stop wasting peoples time…time is beer”

We were nine of us in a car with seats for five. Off we went, fresh faces mostly from the same school. We took the bypass to avoid cops and arrived at Carnivore at half past nine, a whole 3 hours later.

Beat and thirsty, we all headed to the counter.

This was crazy, i thought, what should i order? Everyone was showing off their “beer” skills.

“Malt” I said, feeling lucky i didn’t get out of ideas. The bartender had a look like, yes, I’ve seen this before, are you sure?

Beer in hand we all went and got seated at a table furthest from the door facing the dance floor inside. People were strolling in, and the evening looked young. Music was easy on the ears. Before long i was on my second beer. Then my third.

The music got louder.

“Mass hallucination baby
Ill education baby
Want to reconnect with your relations
This is your station baby” – Rapped Kendric Lamar as we all talked about the good old days in High School.

Everyone had his story, but i was getting bored….where are all the good women, i thought? looking around slowly…

An hour later and the ladies from campus started trooping in small groups. Some were okay, some looked too young, a few big mama’s as well…wait…

She was dressed in a white miniskirt with a matching light-green spaghetti top. The disco lights brought out her skin colour as much as it did her clothes. She had a female friend who did not warrant my attention.

I have to get close.

Life was getting good…this was my 5th beer, and yet i had never tasted beer in my life. Not bad at all G, i tapped myself on the back, looking at the beer.

What!…this guy was getting on my nerves….i thought, trying to relax.

After nifting through the meat, i once again for like the 10th time looked over the chic’s table. This time she was looking directly at me, clear eyes with intelligence shining through. I winked. She smiled back and interestingly enough kept her eyes on me. My heart started racing, do i stand up and go? i mentally moved my hand…it didn’t move physically. I raised my knee…it moved a millimeter and stopped. I couldn’t move. I was frozen in an embrace of eyes. She blinked. I blinked. I moved my neck sideways, she slightly moved hers too, softly raising her hands placing them below her chin.

I smiled, slowly and stood up, and headed to her table.

“Hi, my name is G” i wanted to say as i reached close…instead i felt a sharp pain on my stomach like never before. There was kind-of a nuclear explosion inside me, with something moving from deep in my stomach rushing up my abdomen and forcing its way out through my mouth.

“MWWAAAAAUUUURAA!” I vomited! With tears in my eyes, i tried moving sideways to avoid a direct hit but i was not so lucky: I sprayed her blouse with everything i had inside me.

“Sorr…mwaaaura” off i went again, even before apologizing. She was screaming obscenities at me by now, pushing me away. Unluckily for her friend, i was tall.

“GGGG!!!!” i heard someone shout! Commotion everywhere. I staggered. Fell on some chairs. People were running away..no they were running towards me…My vision faded…Someone was fighting. I tried looking up but i couldn’t, holding my stomach, trying hard to prevent the third volcano from erupting.

Someone must have punched me or I must have blacked out.

I woke up….i was on the carpet….four walls, grey…birds singing faintly from very far away. My neck hurt. I moved my toes…my feet hurt too. I slowly felt my nose…ouch! There was a bad taste in my mouth. My lips felt numb. I slowly looked around. It was like a mass grave of snorers crumpled in the same room.

It wasn’t birds making those sounds, it was these guys snoring!

It was morning. And i did not want to face this day.

Turning around the floor, i grabbed my phone. On the screen was a text message. 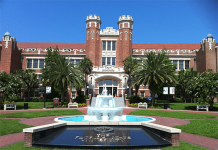