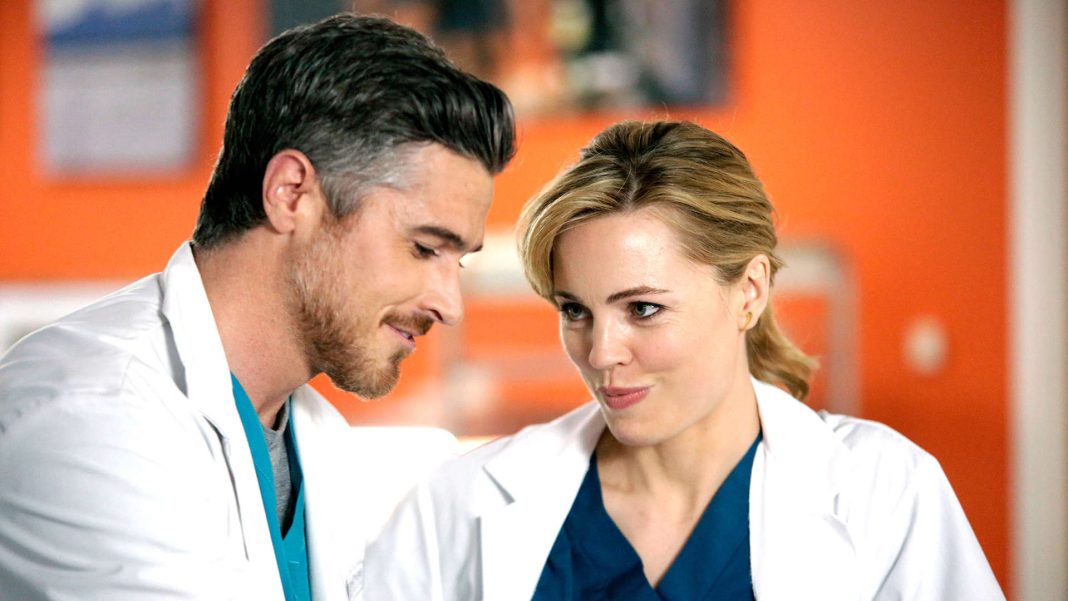 Heartbeat has a very white cast but I don’t mean that as an insult because Heartbeat is just as good as Grey’s, only different. And different, is good. We might not know a lot about its cast but that takes time and I believe by the end of season 1, we will know all our cast members. And let’s be honest, it’s only been one episode, so I’m sure heartbeat will get there. I have confidence because the premiere episode was good. It was entertaining and emotional; the cast threw around a lot of scientific phrases without alienating anyone who isn’t a doctor and it was funny at just the right moments. So basically, it has all the things we love about Grey’s.

Heartbeat is inspired by the book written by Kathy Magliato. The show focuses on the life and professional work of a heart transplant surgeon. Not surprisingly, this is a dramatized version of the book. Surprisingly, its opening scene begins on an aeroplane. As the air hostesses walk by, a voice can be heard explaining why the crew is dressed in neon outfits. Just after they walk by, Alex walks in. She’s stranded in the aisle because some guy stole her first class seat. The guy later has a medical emergency, and Alex has to save him. Karma anyone?  As she does this, a voice-over introduces us to our main character Alexandra Panettiere. Apparently, she’s a pretty big deal and a great doctor. The scene ends with her standing at a speaking engagement wearing one of the neon hostess uniforms because her clothes were covered in blood after the aeroplane medical procedure. See, funny! Also, I like Alex; she’s got spunk!

Whether Heartbeat is going to give Grey’s a run for its money is still up for debate, but instead of comparing the two shows, we should appreciate their differences. I love that heartbeat is not pretending to be Grey’s. That’s the best thing! It’s quirky and fun! So, enjoy the ride!

Side Note: The opening scene of this show is how you introduce the main character. Do you hear me Damien?