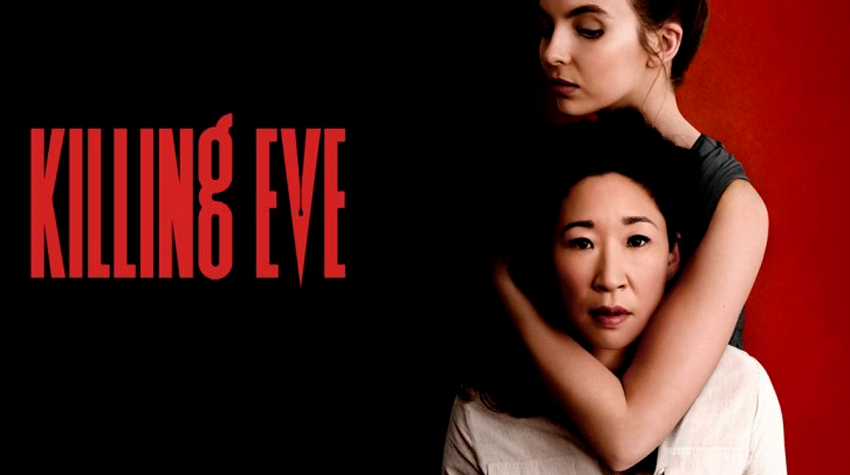 Eve’s life as a spy is not adding up to what she had hoped it would be when she started. She is a bored, very smart, MI5 security officer who is very desk-bound. Villanelle is a very talented killer, mercurial in mood, who clings to the luxuries of her job. Eve and Villanelle go head to head in a fierce game of cat and mouse, each woman equally obsessed with the other as Eve is tasked with hunting down the psychopathic assassin.

I just finished watching this series and it’s worth any and all the fuss you’ve heard about it. I find British series boring because of their accents so i never bother watching them in the first place. but being a Sandra Oh (Eve Pollastri) fan from her Grey’s Anatomy days i thought ‘ how bad can it be?’ she was and still is very memorable from her role as Merideth’s ‘person’. I still feel like she left to hurriedly…Anyway, back to topic, I loved this series. There’s something refreshing about it. At first i thought it was Eve but then as i kept watching it i realized it was Oksana–the psychopathic assassin. I have never seen someone embody a character so perfectly like she does. She even made me believe that there was a possibility she was like that in real life. She literally makes it look easy being that emotionless, detached and always being about getting the job done. Sandra feels like a selling point for the show to pull them towards it but the real star is Jodie. She will have you shiver over how cold she is then crack up at what she finds amusing..you’ll want to know what made her this way but you’ll never know which was a great move for the show. I can’t wait to see what happens in season 2. Season 1 ended too soon.

Status; 8.4 rating means they will be back.