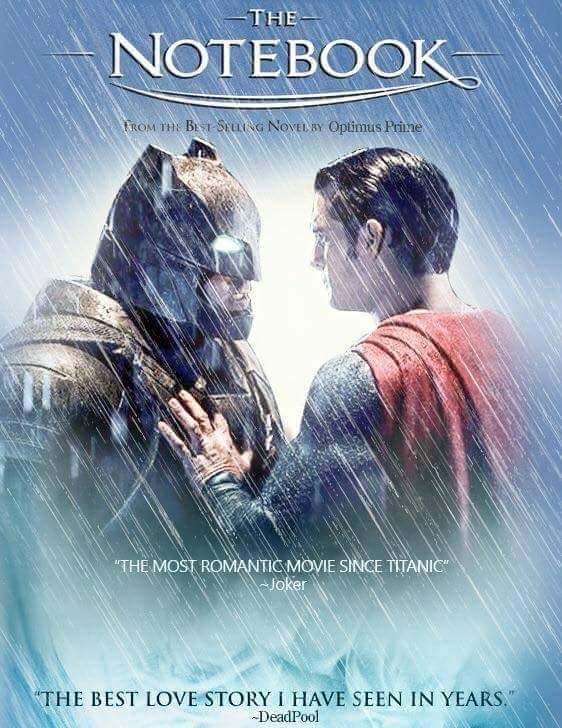 Batman vs. Superman: Dawn of the memes.

Wikipedia describes ‘memes’ as ‘an activity, concept, catchphrase or piece of media which spreads, often as mimicry, from person to person via the Internet.’ I’ve found that more often than not when a popular movie is good or bad, memes will often surface. It comes as no surprise that this is the case with the BvS movie. Before the movie premiered in Kenya last week, critics had already watched the movie, and the reviews were not favourable. You can read our review here. However, when fans went to watch the movie, opinions as to whether the movie was bad or good were divided. Divide notwithstanding, fans who liked the movie and the ones who didn’t, created memes to either show their dislike or their appreciation.

Here are 6 Memes we found hilarious.

2 . A fan’s explanation of how the fight between Batman and Superman started. Abs matter!

3.  One Fan was asked to describe Batman vs. Superman in one word. He posted the Gif below.

4. Others made light of a tense situation.

5. Others made note of the movie’s colour tone that was on the fritz.

6. Others decided to speculate how Marvel was reacting to the bad reviews that DC’s Batman vs. Superman was receiving.