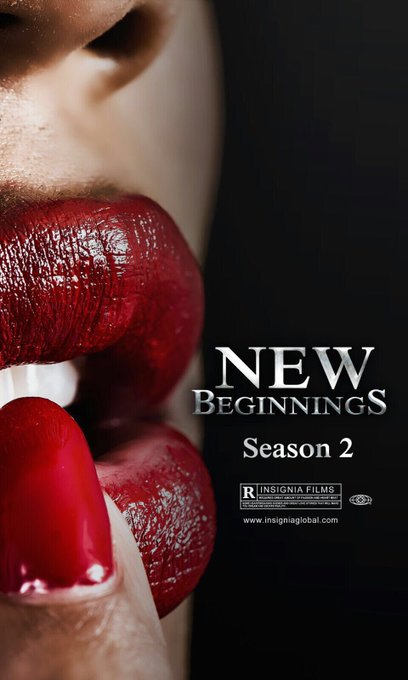 This not-so-new Kenyan show has been airing on KTN since October 2015. For the sake of putting us all on the same page, here is a brief background.

“New Beginnings” follows the story of three people: Sean (played by Neville Misati), Derek (played by Joed Kariuki) and Julia (Maya Hayakawa). Sean and Derek were best friends and Julia was Sean’s wife; at least that’s how it was before Sean went into a 5-year coma. The series begins with Sean waking up to amnesia and a wife who is now married to his best friend. You can imagine that’s already a lot to process.

Now fast-forward to current events. Sean is now with his nurse/girlfriend, Natasha (played by Habida Ebo) and Julia chose Derek. But things are not as straightforward as they may seem. There is a bunch of troublemakers right in the thick of things:
• Lexi (played by Diana Nderitu) aka Derek’s fling – she is as dramatic as they come. Who else disrupts a wedding dressed only in a towel and then proceeds to position herself as the maid of honour?
• Randy (played by Mugambi Nnega) – I’m not sure what his deal is but he seems to be in everybody’s business. The kind of business you want to keep secret
• Catherine (played by Denise Gordon) – Julia’s mother is always up to something!
• Dr Kimani (played by Randy Selwano) – Of course the beautiful Natasha would have someone like Dr Kimani trying to get into her pants

We are already well into the 2nd Season but things do not look like they are about to settle down.
The show may have started out as a look into Sean’s new beginnings but it’s clear they are looking at the choices people make to start afresh, everyday. Take Julia and Derek for example. They’ve been through Sean waking up, Derek turning violent and the two of them having to get married all over again. Then they try yet another fresh start but Julia finds out that Derek lost his job a while ago. And now, she may be pregnant.

On the other side of the love triangle (square?), Natasha has just agreed to a fresh start with Sean without telling him about her and the sleazy Dr Kimani. This obviously calls for some future drama.
Heaven knows why Catherine has been collecting her son – in – law’s sperm. The real question here is what will Randy use this leverage for?

“New Beginnings” definitely has enough drama to keep the audience hooked. And enough eye candy too. The Derek – Julia – Sean – Lexi – Natasha dynamic successfully carries out the romantic side of the story. I’m not sure how far it can be sustained though.

The show was created by fashion blogger and actress Joy Kendi and Phillippe Bresson. It has great actors with really good acting skills and an interesting enough story line. I like that they don’t shy away from portraying the modern, urban Kenyan lifestyle. I’ll definitely be keeping an eye on what happens next.

You can watch “New Beginnings” every Friday on KTN at 8:30 pm. The repeat episodes air on Saturdays at 4:30 pm.
For more episode reviews, check our website weekly. And feel free to join in the drama!