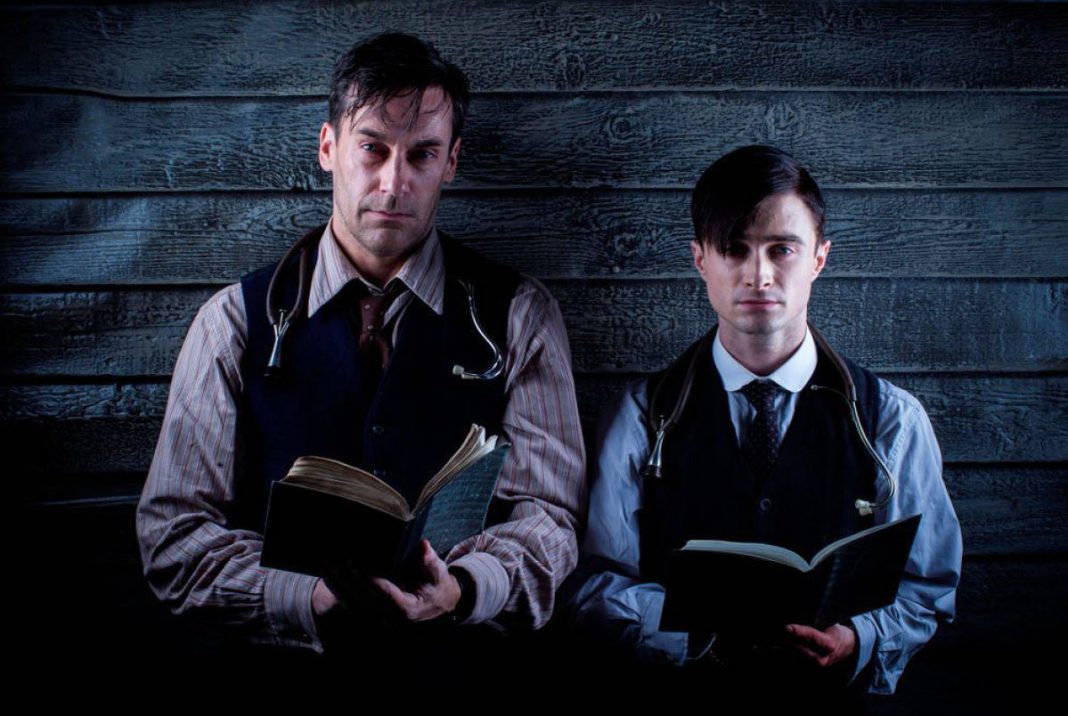 They’re obscure, but they’re worth watching!

You are forgiven for thinking that the popular TV shows are the only or even the best offerings on TV. Shows like “Game of Thrones”, “Breaking Bad” and “House of Cards” to mention a few, come to mind when you think of adjectives such as great, best, thrilling, compelling and amazing. With a great fan base and a huge marketing budget they’re obligated to be great. However, just below the popular pickings of TV lie the obscure TV shows that few bother with and more ignore. The true travesty here is not that they are not well-known but rather that they are just as good as the popular shows.

This Jon Hamm (Mad Men) and Daniel Radcliffe (Harry Potter) series is the definition of dark comedy. The limited series plays out as a read out loud memoir of a young Russian doctor hence the name. Daniel Radcliffe plays the young doctor while Jon Hamm plays the older version of the doctor. It is hilarious but in a very dark sense, you know dark comedy!

I will freely admit that this particular show is not everyone’s cup of tea. The phrase ‘sticking to your lane’ comes to mind when I remember its pilot episode. Not because the phrase was uttered but because some people were thrown off kilter by it.  Although the show has religious undertones,  it never goes out of its way to give you the answers. Its ambiguity lets you make up your mind about what or what did not happen. So, take a leap of faith and watch the first episode, if you don’t like it, you probably never will, but that’s ok too. It has its audience, and HBO is loyal. (Insert wink).

I can’t for the life of me figure out why this show is still not popular. This comedy/drama is hilarious as much as it is ridiculous. Its completely ‘Shameless’. Although adapted from the UK series of the same name, the American version delivers more spunk that its Brit counterpart. After watching this show, you will be thankful for the parents you’ve got, trust me! There is no one worse than a Gallagher, on second thought maybe Frank takes the prize on that one. The show is currently airing its 6th Season, but there’s still time to catch up on the first five seasons. You won’t regret it.

Before Jamie Dornan was Christian Grey, he was a father,  a husband and a murderous, sadistic sociopath. He plays the character called Paul Spector who is frightening because he seems like a perfectly nice person at first. We watch him put his sweet daughter to bed and kiss his wife goodnight, perfectly normal until he isn’t. There is something very so dark about the character Paul Spector, who stalks and rapes women, that even the star who played him, Jamie, had nightmares. You can read the full article here. The show also stars the X-Files alum Gillian Anderson, who is tasked with the job of capturing the attractive monster. It’s also an opportunity to watch Gillian in all her British magnificence.

Based on the books by Diana Gabaldon, the show follows the life Claire Randall as she suddenly finds herself back in 1743. This show is a great example of what would happen if someone from the future was suddenly living in the past. Through Claire’s experiences, we get to see how many privileges she loses just because she is a woman. After watching this show, you will appreciate the privileges that the modern age offers – like the option of showering whenever you want.

6. The Man in the High Castle – Amazon

It isn’t fair that this series is not popular because it is amazing. Imagine a world where the Nazis had won the war, now try and imagine living in such a world. *Shivers* The show is set in such a world, and it is not rosy. Based on the best-selling book of the same name by Philip K. Dick, the show explores the world in an alternative dystopian world. The first season is complete, and you can binge watch all ten episodes before the second season premieres.