All Creatures Big and Small (2015) Review

Ooops! Noah is Gone Storyline: It’s the end of the world. A flood is coming. Luckily for Dave and his son Finny, a couple of clumsy Nestrians, an Ark has been built to save all animals. But as it turns out, Nestrians aren’t allowed. Sneaking on board with the involuntary help of Hazel and her daughter Leah, two Grymps, they think they’re safe. Until the curious kids fall off the Ark.

Now Finny and Leah struggle to survive the flood and hungry predators and attempt to reach the top of a mountain, while Dave and Hazel must put aside their differences, turn the Ark around and save their kids. It’s definitely not going to be smooth sailing.

This movie has 3 names: Two by Two, Ooops! Noah is Gone, and All Creatures Big And Small. Why the producers fumbled with the naming we don’t know, but the movie is quite good.

Dave: When you first see dave you may thing – what kind of animal is this? He is a Nesterian (google it!). For Dave, taking care of a kid alone is a daunting task as a single dad. We see him trying to provide a good house and environment for his family but he clearly faces great challenges in communication with his independent minded kid. Dave is an eternal optimist. When a situation comes up, this guy just sees the plus side – or finds ingenious tricks to solve issue – like him pretending to be another animal so that they get on the arc! That was hilarious! Yet he doesn’t try too hard to be funny and that’s a good thing. 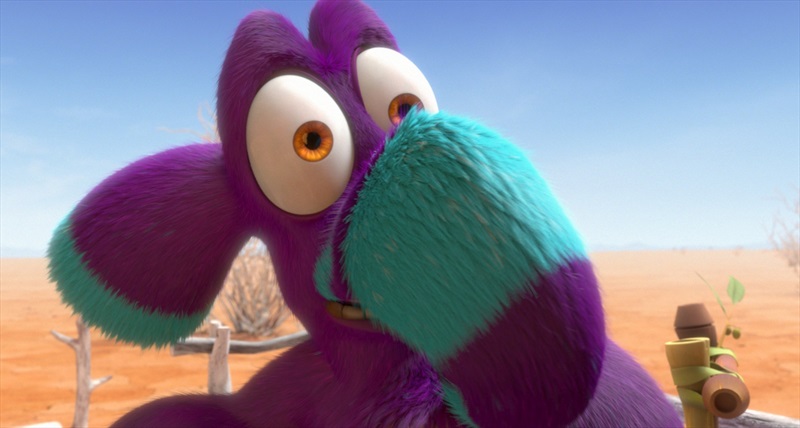 Finny: A young Nesterian with different colours from his dad, Finny has been raised well by Dave. But he has his own mind and heart, making life a bit difficult for his dad. He loves making friends and giving love and this is something kids can learn from Finny. Finny has the optimist nature of his dad combined with a big heart and curious mind that lands him in big trouble – like dropping out of the ark!

Hazel and Leah: Is Hazel a man or woman? Coz she is as tough as nails. Her daughter Leah though is the extreme opposite of her mum. She forms an unwilling bond with Finny that takes them on a great adventure.

The Villains: These guys could have been scarier! Obesy: Obessy is the Whale who doesn’t know it is a whale until he drowns in water. Sometimes in life we don’t know who we really are until we are in the right environment and timing. That parasite on his head is urrgly!

NOAH: The one person we did not see? He never makes an appearance. A master in leadership, he delegated jobs to the animals – what a smart guy. Wish we could have seen him though.

The Trailer does not do this movie justice. This is actually a very good film – well made – funny, with a good emotional story and adventure. You should definitely check it out this weekend.