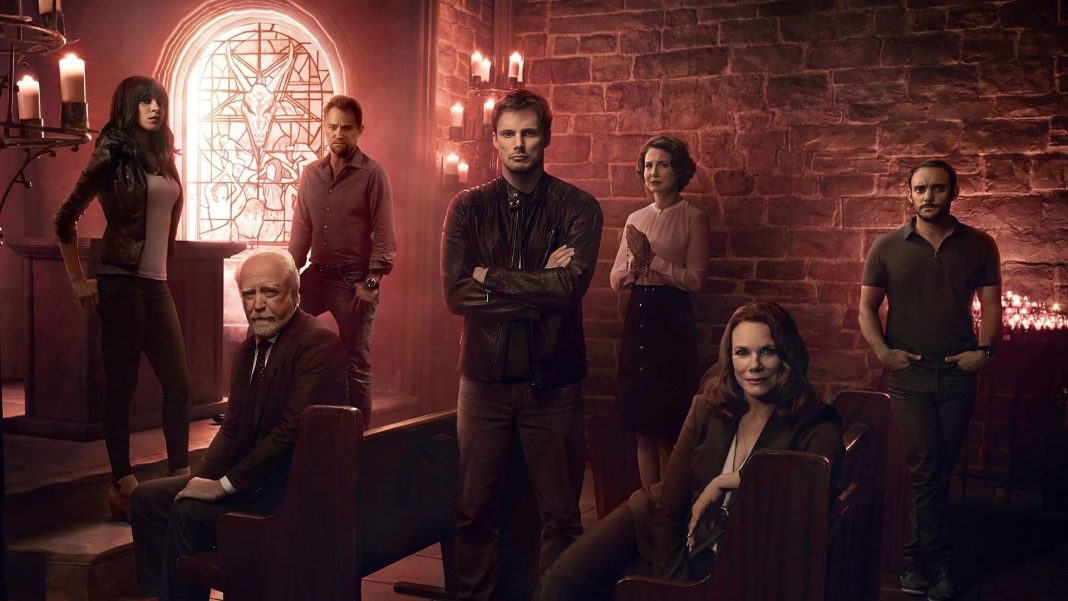 ‘Damien’ and Five ways to ruin a show.

There hasn’t been a show (in recent memory) that has frustrated me quite as much as “Damien” has. Believe me when I say that this show had potential, I mean it had so much potential, you could almost taste it. Ok, that’s a bit of an exaggeration but you get my point. The show is a sequel to the 1970’s movie “The Omen”, which was a good movie, but instead of turning this potential into something great, “Damien” squandered it. The lack of scare or direction and the lack of character depth are some of the reasons the show didn’t nail it as it should have.

Last week, the final episode of Season 1 came to an end, and surprise, surprise Damien accepted his evil role in the apocalypse to come. No surprise at all! It was always going to come down to that, but I just wish the journey had been more enjoyable. The good news is that we can learn a few things from “Damien’s” failings, namely how to ruin a show. Here’s how:

1. Never get to the point
Usually, the focus of a TV show is established in the premiere episode, and, if not, in the second episode. “Damien” however, never got to the point. What’s the journey exactly?Because it is an adaptation of the 1970’s movie, we already know Damien is the anti-Christ so what is his journey on this show. By the fifth episode I still could not answer this question.

Critic Observations: The big question of Damien, and one that I still cannot answer, is what exactly Damien Thorn’s journey actually is. We know that Damien is unambiguously the Anti-Christ, but what does that actually mean, other than the regular support of a fleet of rottweilers? – Daniel Feinberg, The Hollywood Reporter.

2. Write one-dimensional characters
The biggest problem I had with “Damien” was that I couldn’t find it in myself to care or love any of the characters, including the main character. In order to care about a character, you need to know enough about said character to either relate to or hate. There was not enough information about any character on this show for me to care.

Critic Observations: The writers don’t know, or care, who any of these people are. It’s apparent in every character, because they aren’t really characters, just pegs to hang a story on. – Emily L. Stephens, A.V Club.

3. Base your show on a horror flick and then water down the horror.
There was nothing remotely scary about this show and yet its supposed to be about the scariest person on earth. “The Omen” was scary, this show, not so much!

Critic Observations: That a series centered around the Antichrist is this scare-free, weirdly witless, and dramatically inert comes as a deeply unpleasant surprise – not to mention a very bad omen. – Isaac Feldberg, We Got this Covered.

4. Bad Dialogue
I’m just going to repeat what I said in my first review of this episode. “Only God can improve the dialogue on this show and considering that this is a show about the Antichrist, that’s highly unlikely.”

Critic Observations: There’s no snap to their dialogue and worse no conviction in the deliverance. – Ryan Vandergriff, TV Over Mind.

5. Plot, what plot?
The plot on this show is so obtuse that its hard to get on board with whatever they’re selling. Episode six was the most confusing, if not plot-less and pointless episode of Season 1.

Critic Observations: It is a show in search of the right tone, littered with laughable dialogue and a notable uncertainty of what it’s supposed to be. The horror doesn’t work, the characters aren’t defined and the plot is ludicrous. – Brian Tallerico, RobertEgbert.com

NOTE: Although Season One has come to an end, it is unclear whether the show will be renewed or cancelled. We’ll have to wait and see.