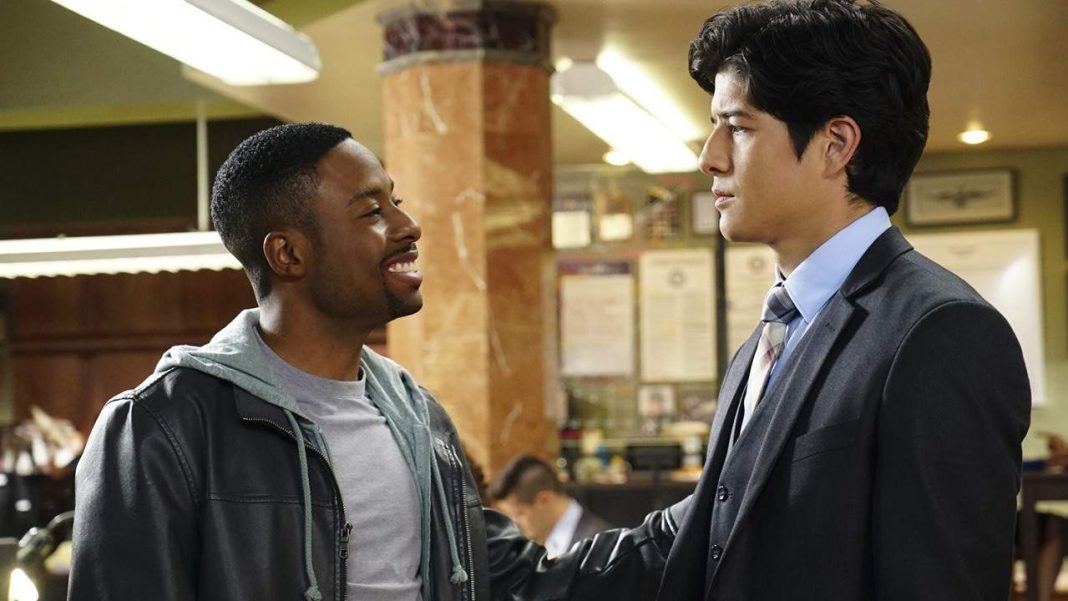 “Rush Hour” – the series is your dose of slapstick comedy if you need one.

We decided to watch the new show “Rush Hour” based off the movie of the same name and here’s what we thought.

Sheena: I was very skeptical (oh my goodness! You don’t know how many tries I’ve had at spelling that word just now) about a Rush Hour series because I really loved the movie.

Nzula: I was skeptical too but spelling difficulties notwithstanding, please proceed. (Laughs).

Sheena: J! Of course the Asian villain had to be the one Chinese guy with dyed blonde hair *rolling my eyes*

Nzula: Oh my God, wasn’t he hot though? You’re the one who knows about Chinese Musicians is he one of them?

Sheena: 😂😂😂😂😂! Actually it’s my sister who’s into them and its mostly Koreans, not Chinese. 😀 But I’m guessing he’s not one of them because she watched it with me and didn’t know him.

Nzula: Oh! Too bad! But by God isn’t that show cheesy? Which is what I think they were going for but by God!

Sheena: Wah! The epitome of cheesy! Yes, I agree, I think that is what they were going for. Before I came to that conclusion though, the show was getting on my nerves.

Nzula: I know! It’s not just that the dialogue is predictable to the point of being extremely annoying, or that the show is relying mostly on stereotypes to make it through each episode (Like you know…the loud black dude and his criminal cousin and the Japanese guy who can fight like Bruce Lee). It’s the absolute absurdity of it all. That’s the thing that makes watching this show – too many episodes in a row – akin to taking an overdose.

Sheena: The Rush Hour character. I think you can decide to either be irritated by it or let the silliness grow on you. I chose the latter.

Nzula: Oh ok. Well, it is true that “Rush Hour” has a place on TV. I mean we love drama, but drama asks a lot of us. This show just asks you to come and watch two guys be extremely silly for about 30 minutes.

Nzula: Really? Did I actually not finish the second episode? 😌 That explains a lot. Lol!

Nzula: Tell me about it! I think “Rush Hour” should be watched in doses like perhaps one episode per week. If you watch too many in a row, your brain will rebel against all the stupidity it is being fed.

Sheena: Ouch! Burrrrn! 😀 Isn’t that how often it shows on regular TV programming?

Sheena: At the risk of sounding like I live in a cave, what is “Angie Tribeca”?

Nzula: I appreciate that question because I get to tell you to read the review here.

Sheena: Oh and on a side note, Bruce Lee was Chinese too. American-Chinese. I just checked!

Sheena: Lol! Yay me! So, in short what we’re saying is that “Rush Hour” is your dose of slapstick comedy if you need one?

Sheena: Well, in that case, I know where to go when I need to laugh at a Chinese – African American police partnership combo. I must add, it’s not a bad choice

Nzula: Well, like I said, it has its audience. In the meantime, I’ll stick to my smart and black comedies because I can’t stand slapstick comedy.

Sheena: Awww…. not even a little bit?

Nzula: Lol. Not even a little bit.