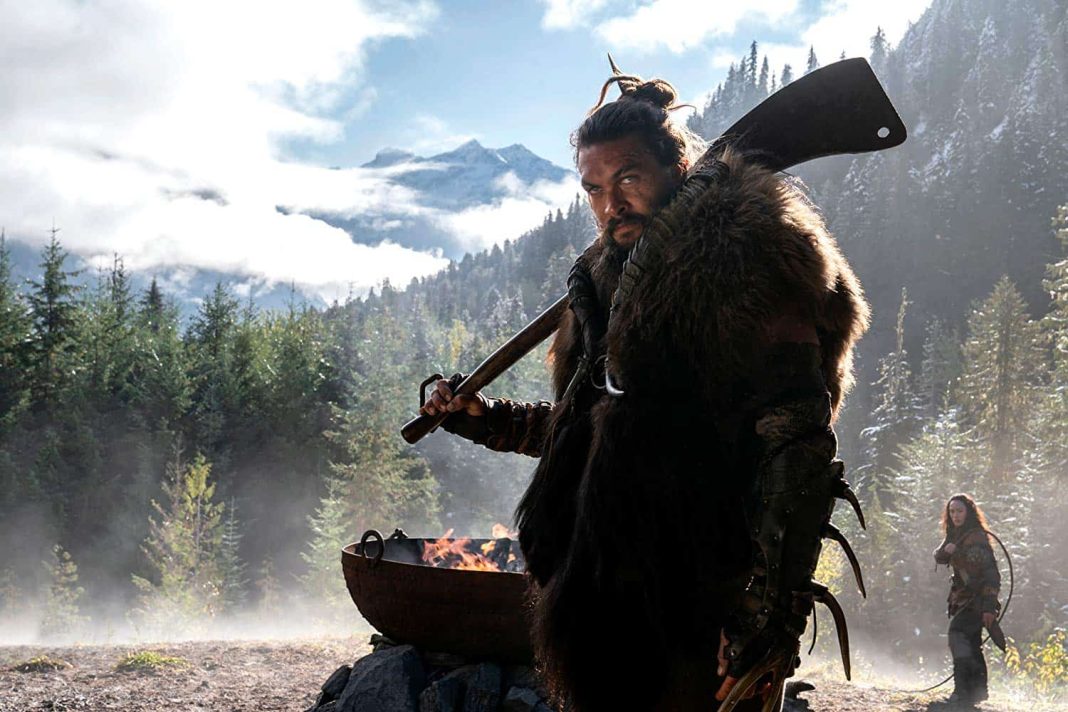 At first glance, This sci-fi/fantasy series has an intriguing premise: after centuries of innovation and progress, humanity’s ambitions led to catastrophe, illness, and destruction, that left the entire population of Earth struck blind and meant subsequent generations (now born without sight) regressed to a primitive, tribal existence.

In See, we catch up with a tribe led by Game of Thrones and Aquaman star Jason Momoa, aka Baba Voss, a warlord with a dark past who comes to realise that his adopted children may have the legendary, feared and forbidden ability of sight – and tries his best to protect them from evil forces who would destroy them or exploit them for their own ends.

And yes, a world without sight, built entirely around touch and hearing, is a very strong concept for a sci-fi or fantasy dystopia. Sight as a superpower? Ingenious. It’s such a shame that they haven’t actually made it seem convincing.

Sometimes, the actors are struggling through environments on their hands and knees, using clever techniques to talk to each other or utilizing a form of knotted rope communication to pass on messages – at other times, however, they’re engaging in pitched, organized battles against multiple foes, using whips, swords, and siege ladders, attacking their foes while bedecked in war paint that nobody can see. I have also been wondering why a sightless society has developed complex ceremonial costumes, or used flaming torches to illuminate caves that they can’t see, or is able to engage in swordplay, or ride horses, or train horses for that matter.

Despite all that, I’ll keep watching..why, you might ask? Did you see that fight scene👀👀????!! You know which one I am talking about…

Episodes; 4, will be complete with 8 episodes.