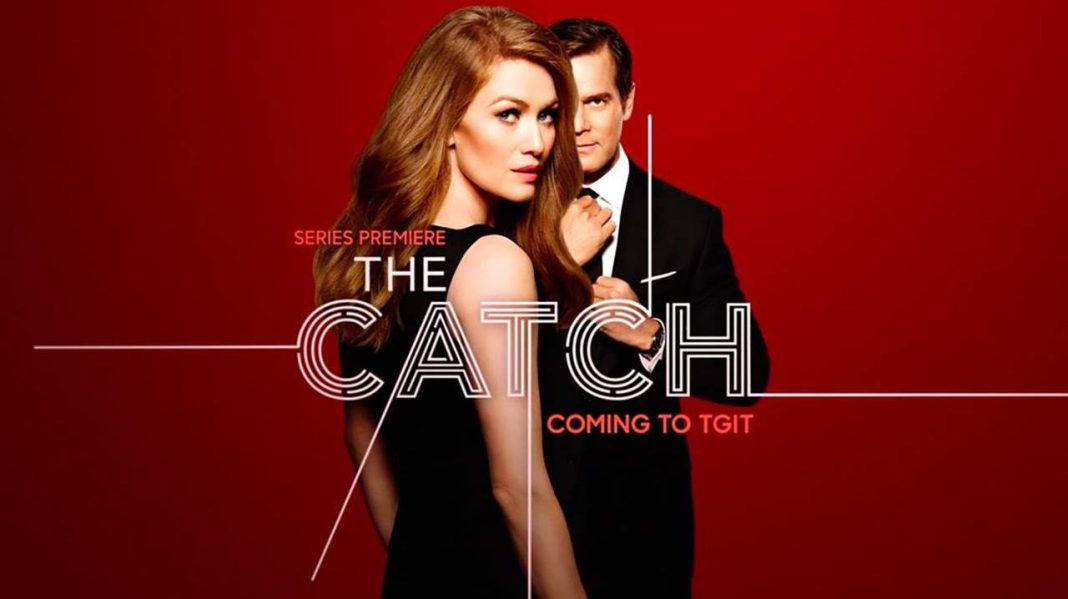 The Catch is not just another Shonda Rhimes Production.

The Catch is different from any of Shondaland’s other productions in that the main lead is not a doctor, a lawyer or a fixer but a Private Investigator. However, the most notable thing about this new show is that it is not steeped in the beguiling drama that is prominent in “Grey’s Anatomy”, “How to Get Away with Murder” and especially “Scandal”. In the first few minutes, “The Catch” paints us a vivid picture, Alice Vaughn, played by Mireille Enos, is a career-focused woman who’s not only great at her job but is also in a good, healthy stable relationship. Or so it seems at first.

By the end of the first episode, however, everything changes. Alice’s fiancé Christopher Hall, played by Peter Krause, turns out to be a grifter who used his relationship with Alice to gain access to her clients. He also manages to steal four million dollars from her clients while sleeping in her bed during his free time. That’s just cold! (Also Booo! Why can’t people on TV be in good, HEALTHY relationships anymore?) To cut a long story short, Alice soon finds out what her ‘bae’ has been doing behind her back and is heartbroken. As any woman would be! But it’s also too little too late because Christopher (or whatever his name is) has already disappeared, with the money I might add. When Alice finally figures it out with her team, she vows to get revenge. And that’s what “The Catch” is all about.

To put it simply, “The Catch” is “Leverage” or “Hustle” meets Shonda Rhimes, but it’s also a little less dramatic than any of Rhimes’ other shows. For example, there are fewer power struggles involved in this show than there are on “Scandal”, and the tear quota required to watch an episode of “The Catch”, is a lot less than the gallon required to get through a single episode of “Grey’s Anatomy.” So, it’s less dramatic and more procedural, and that is a bit of a problem.

You see, there are many – probably a gazillion (is that even a number) – procedural shows out there that I fear “The Catch” is going to get lost in the mob. What this show needs to stand out from the crowd, its own quirk (yeah, that’s the word I’m going with). A peculiarity that we can associate with “The Catch”. Like how “Scandal” has its monologues and “How to Get Away with Murder” has its mind-blowing twists and turns. That’s what this show needs. The good news is that there is still time for the show to come up with a … wait for it… quirk. (I can’t help it, I like this word.)

Verdict: “The Catch” is a watchable show if procedurals are your kind of thing.