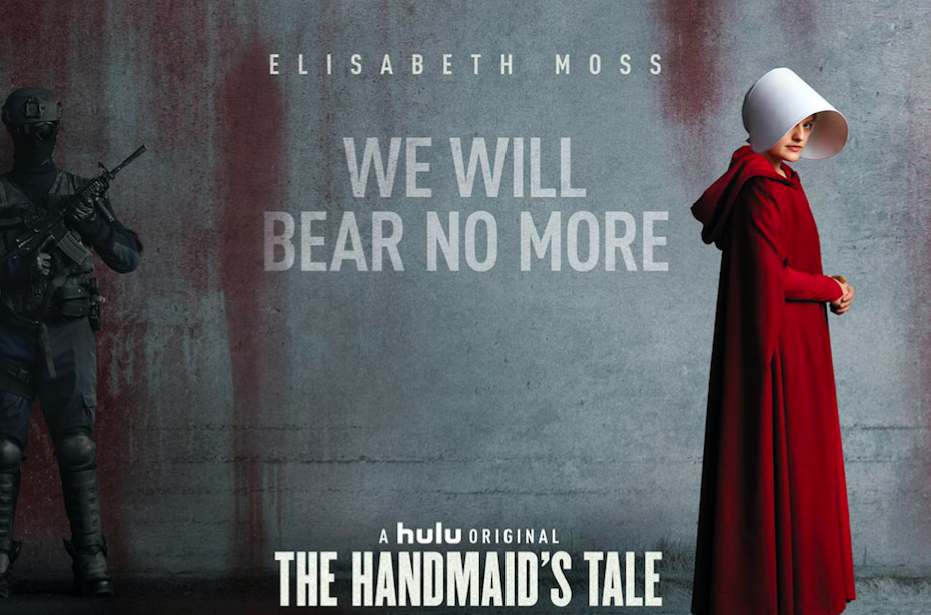 I know i bore you half to death last week with the detective series’ so this week, i’ll just wing it. whatever feels good goes.

I have been looking forward to the day i’ll review this series in particular.

Set in a not-so distant future, the handmaid’s tale centers on a colony by the name Gilead brought about by the growing infertility that has now encumbered the world. Women who have carried pregnancies have been captured, dragged to the colony and assigned  houses of high ranked officials whose wives cannot give birth which they serve as handmaids.

I love dark stories. The kind you watch and hope they never come to pass. This is one of those series for me. If you cannot stomach rape, slavery, demeaning of women, battery, lots of blasphemy (they misinterpret the Bible to justify their evil deeds)..among other things, this series is not for you.However, If you want to see the best crafted story of all time, get the series and be ready for a mind blowing experience.

The story is told by one handmaid–Ofred–who you’ll come to learn is ‘June’. She is one of the ‘unlucky’ women to get captured because she had a baby ‘Hannah’ with a married man (she is judged a lot for this but you’ll understand why later on..be patient). Ofred is sent to the household ‘Waterfruit’ and is not sure what to expect since all they had was training and preparation before being assigned to their masters..Mr. Waterfruit takes a liking to her and Mrs. Waterfruit is not amazed..Alot happens before,after and in between and i’m not going to give you any spoilers.. you’ll love the small wins, despise the big losses, wish a super hero would save them, cry when the un-imaginable happens and often wonder how this amazing woman survives this whole ordeal coz if it were you, you’d have given up by happenings of the first episode.