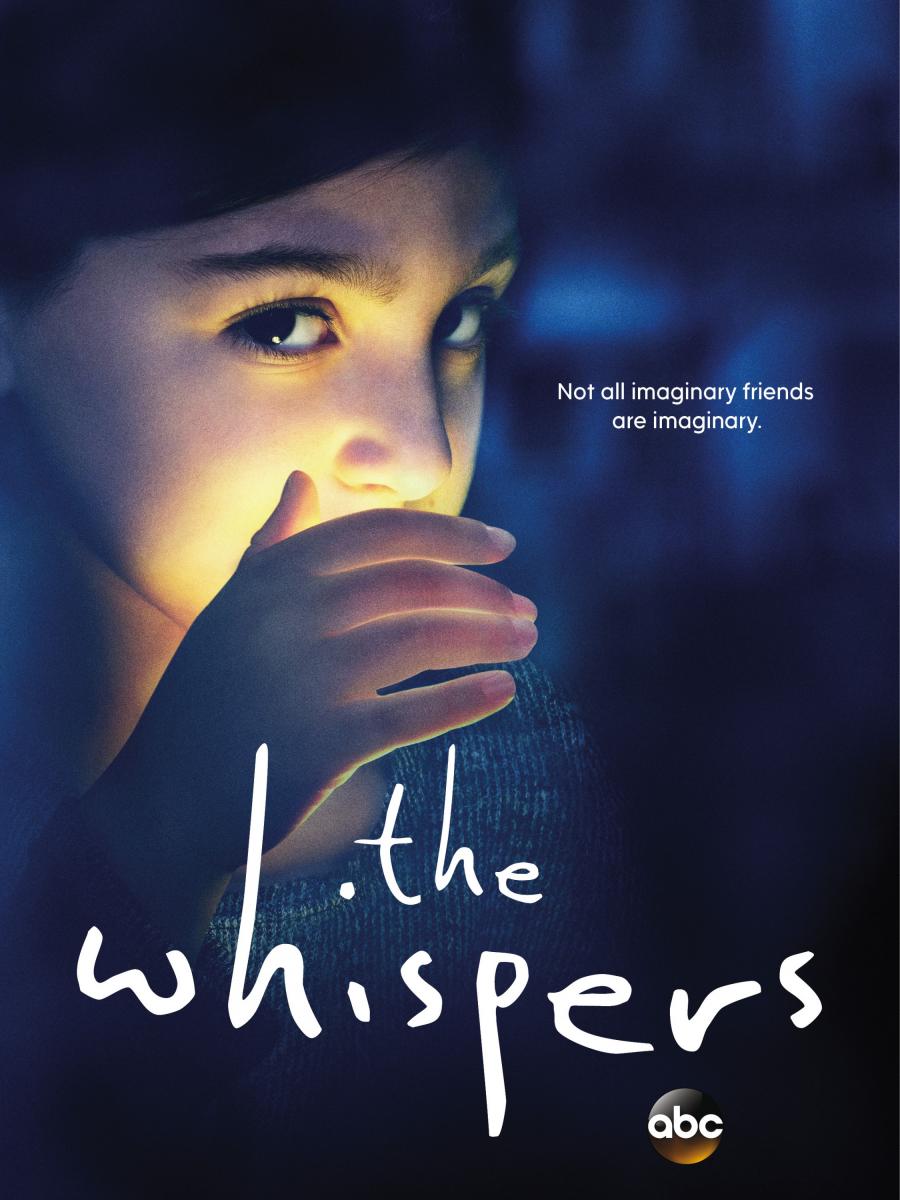 I have never been in love with shows or movies that use children as the doers of evil. However shows that use the concept of kids doing evil are also very intriguing because it’s creepy and scary, remember ‘The Omen’? Steven Spielberg is one of the executive producers of this show so it was expected. He is also the EP of some other TV shows such as Extant, Under the Dome and Falling Skies. What do these shows have in common?

Well in Falling Skies the kids are the spokespeople of the aliens and they have slimy things on their backs, in Extant there is this one kid who is really creepy and he’s not human and in Under the Dome there are about 4 kids who are the ‘chosen’ of the dome. So it is not at all surprising that The Whispers has something to do with children and aliens and wind, there is a lot of wind! It’s the Spielberg way. Here is a recap of the things that went ‘swish’ in the premiere.

Harper is a 6 year old girl with an imaginary friend called ‘Drill’. Her mother thinks that’s so adorable so she tells her friend over the phone when there’s a signal interference (ah yes, this is how you know the alien is in the house. The wind and creepy tune were a great hint too). While her mother chats on the phone with her friend, Harper is busy collecting tools that no 6 year old should be handling. Is she alone? No. She’s talking to her imaginary friend. With all the tools collected Harper goes up the tree house, a structure that she is not allowed to be in alone. After her mother calls her several times, she decides to go find her daughter (Hey, what do you know, Finding Harper). Except in Finding Nemo, no one ended up with a cracked skull. After ordering her daughter to come down to no avail, her mother climbs up the tree house to get her daughter. But Harper has other ideas, she wants to win the game and for her to do that, her mother needs to stand on the spot marked X. Mothers usually do anything for their daughters and Harper’s mom is no different. However she goes flying through the air as Harper watches from above. Harper has won, but wait isn’t her mom lying on the bottom of the tree house with a broken skull? The sad part is, Harper doesn’t even realize what she has done. My heart breaks when she says, “Mummy you can wake up now the game is over.”

Can you believe all this happened before the opening credits? :-0

Of course the FBI get involved

And they do so through Claire Bennigan (Lily Rabe) who is called back to work while she is at her deaf son’s baseball game and she is still mourning the death of her husband. How rude! After TV’s most awkward hug ever, Agent Claire is briefed by her boss and introduced to Agent Jessup Rollins (Derek Webster) who throws her shade and just for that, we shall call him, ‘Agent Jerk’.

During her interrogation, Harper tells Agent Claire about Drill and how he talks through the lights. She also informs them that the game isn’t done yet and that Drill is looking for a new friend. Agent Claire believes Harper has been coached but Agent Jerk doesn’t, which is no surprise! He is so concerned with discrediting Claire, he can’t be objective. Other than being adorable, Harper turns them on to another kid turned suicide bomber by saying that there was another kid before her. By searching through the FBI database, Claire finds the boy’s mother who is currently in a mental institution. What else is there to do after your twin son bombs everyone other than to go crazy? She bonds with Agent Claire and she tells her about some creepy guy she always saw hanging around. Cue the sketch artist.

…has a connection to Drill somehow. Turns out he was the pilot flying the plane found in the Sahara by Wes Lawrence (Barry Sloane). He can also speak a variety of languages. While he was busy writing Drill’s next friend on a list, he suffered a seizure or he was attacked by Drill, I don’t know what happened, because there was wind and as we have seen this normally heralds the arrival of an alien on this show. I am also not Drill’s friend so he didn’t speak to me. Speaking of Drill’s friends, while the doctor is busy trying to understand ‘John Doe’ aka creepy guy, Harper walks in and tells them that she is looking for her friend. She also says that creepy pilot guy is the only person who can help her find him. Oooh, it is also very important to note that creepy guy is Agent Claire’s supposedly dead husband. Draaaaama!

Somewhere in the Sahara Desert

Something has landed and it isn’t manna. To be honest it looked like a tree to me with blue lights and I couldn’t for the life of me figure out why they were looking at it in shock. But then again I’m not a geologist and neither is Secretary Frommers (David Andrews) as Wes Lawrence (Barry Sloane) expertly tells him. Apparently whatever the hell that thing is, it’s not supposed to look like that. (In other news, can someone please explain to me why Barry Sloane is talking in an American accent? The reason you hire a British actor is so that he/she or in this case he can speak in a British accent.) Back at home Wes might have a few personal problems of his own because his daughter Minx is Drill’s new bestie. (Why in God’s name would you call your daughter Minx? Why?)

Wes has the courtesy of calling his ex-lover (Agent Claire) to tell her that her husband might be alive. Cue the shock and tears from Claire as she turns around to see her ‘dead’ husband drawn by the sketch artist. Nothing says I’m alive quite like a suspect sketch. As she cries and tries to wrap her head around what she has just seen, her son has gotten the best present ever, Drill has restored his hearing. Methinks he is Drill’s new friend.

Why watch: Harper is adorable when she’s not trying to kill her mother

Why not to watch: Who calls a child Minx? Do you not love this child?

About: The Whispers is an American television series created and executive produced by Soo Hugh
with co-executive producers Steven Spielberg, Justin Falvey, Darryl Frank and Dawn Olmstead for ABC Studios.
It is based on the 1951 Ray Bradbury short story “Zero Hour” from The Illustrated Man. The first episode debuted on June 1, 2015.